Lee Iacocca And The Golden Age Of CEO Pitchmen 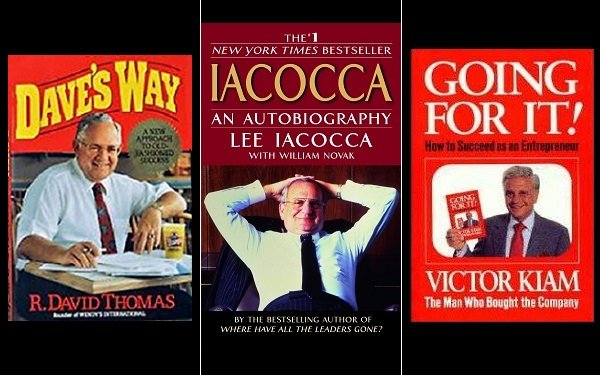 Lee Iacocca’s death this week at age 94 revived memories of an era in TV advertising in which a small group of enterprising CEOs stepped to the forefront to pitch their products personally.

“If you can find a better car, buy it!” was the slogan Iacocca used in numerous Chrysler commercials. It was so long ago, but still unforgettable.

Of course, that was the era when there were only three commercial TV networks that anyone watched or cared about. Many of us old enough to have known that era for roughly half of our lives (or more) can still recite a dozen or so commercial slogans from the ’60s, ’70s and ’80s.

“Melts in your mouth, not in your hands!” (M&Ms). “It takes a licking and keeps on ticking!” (Timex). “Winston tastes good like a cigarette should!” They sure did.

I have often wondered: Do we remember these slogans because these commercials reached so many of us so frequently on just those three networks that they were etched permanently in our brains? Or were they, in fact, just great slogans -- the likes of which are simply not being written anymore?

His commercials had another memorable slogan too -- “Shaves as close as a blade or your money back!” The ebullient Kiam starred in his company's commercials from 1979 until well into the 1990s. He died in 2001 at age 74.

Lee Iacocca's career as a TV commercial star coincided with Victor Kiam’s. Iacocca became perhaps the best-known corporate titan in the United States from the starring role he assumed throughout the 1980s in commercials for Chrysler, the Detroit auto company he ran.

In the commercials, he extolled the virtues of Chrysler cars, often pointedly comparing them -- favorably, of course -- to the foreign brands that had been cutting into all of the American automakers' sales and profits for the better part of the 1970s (and beyond).

Dave Thomas, founder of Wendy's, was the other CEO remembered for his ubiquity in commercials of that same era. According to Wikipedia, Thomas appeared in some 800 commercials for the company from 1989 to 2002 -- coinciding with the Kiam and Iacocca spots.

All three men had a way of communicating that endeared them to those who saw them and, in the process, drove sales and helped their companies succeed. Perhaps the secret sauce was the pride and passion they all expressed for the products they stood behind.

Whatever the reasons for the success of their roles as personal pitchmen, all three became celebrities in an era when corporate success was widely admired. Among other things, they all wrote books (pictured above) -- in fact, more than one.

Donald Trump's early celebrity came out of that same era. His book, The Art of the Deal, was published in 1987.

advertising, television
1 comment about "Lee Iacocca And The Golden Age Of CEO Pitchmen".
Check to receive email when comments are posted.
Next story loading