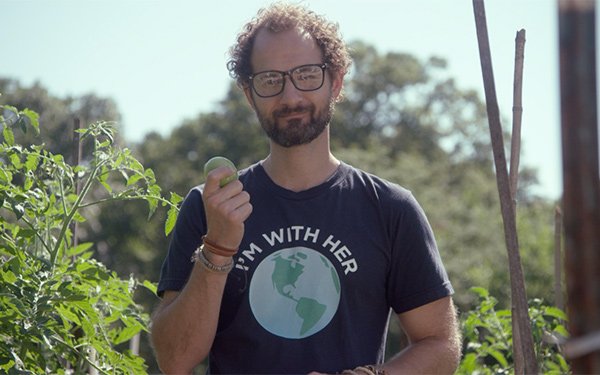 For the first time, the geothermal industry is pooling resources to launch an ad campaign with three competitor brands — WaterFurnace, ClimateMaster, and Enertech — to drive awareness and education for the entire geothermal category.

“Featuring real people in real conversations makes our message that much more clear, relatable and powerful," explains Ryan Dougherty, COO, GEO. He adds his trade group needed to do "something disruptive" in order to raise the "extremely low consumer awareness."

At the centerpiece of the “Energy We Can All Agree On” campaign are a series of videos in which a left-leaning environmentalist/hippie and self-proclaimed geothermal spokesperson, Eric Caspian-Johnson Garcia-Marquez (played by actor Eric Satterberg), heads to "America’s heartland" to speak with real-life self-proclaimed climate-change skeptics about the benefits of using geothermal energy.

They are unmoved by his environmental arguments, but come around when he shows them how much money they've wasted over the years by using traditional heating and cooling methods. The aim of the messaging is acknowledging people are unlikely to change their minds, but ultimately highlight geothermal energy carries multiple perks.

“The U.S. and the entire world are fiercely divided on climate change,” says Tylynne McCauley, creative director, 180LA. “But this innovative product, along with the core idea behind this campaign, hold the power to bridge this chasm and bring people on both sides together to stand on common ground. And in today’s political climate, that’s hard to do."