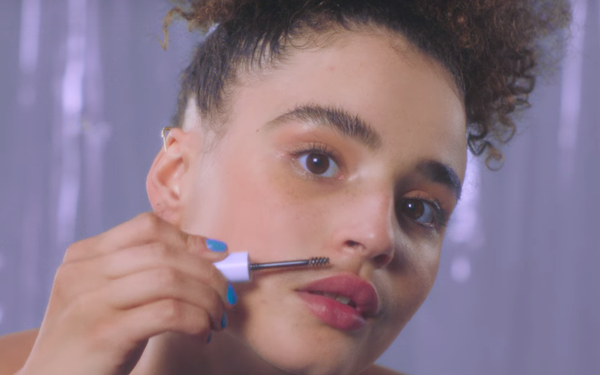 Billie, a D2C women's razor start-up already known for its fresh take on womanly fuzz, is heading into manly territory, encouraging women to grow out their own mustaches in the month-long Movember charity event.

The company is urging women to post their pictures on social media, and matching 100% of contributions made to its Movember team, up to $50,000. “We're a brand built for womankind, but we're thrilled to put our 'staches to a good cause this Movember,” it says on its team page.

The company, which launched last year, offers a starter kit for $9 and has already had plenty of fun with videos advocating women shave as much, or as little, as they want. In Project Body Hair, launched earlier this year, the New York-based company encouraged women to “make the internet a little fuzzier,” and post pictures of proudly displayed body hair, from unibrows to armpits to bikini lines.

It followed that up with a swimsuit campaign called “Red, White, and You Do You,” showcasing a range of women flaunting the convention that women’s pubic hair shouldn’t be seen on beaches.

It also had fun with Blué, a wine with “notes of crushed blueberries, walnut, and just a hint of gender bias.” Launched at the tail end of rosé season, it was priced 13% cheaper than its pink counterpart. That was an effort to draw attention to the “pink tax” women often pay on products, like razors, that are marketed specifically to women. (The limited batch sold out in eight hours.)

Billie competes with D2C companies like Flamingo, part of Harry’s, now owned by Edgewell Personal Care, parent of Schick. But even conventional brands -- including Procter & Gamble-owned Venus -- are now selling products on a subscription basis.

Movember is moving into its 12th annual campaign, a month-long fundraiser challenging men and women to sign up on Movember.com and help raise funds and awareness for men's health issues, including prostate and testicular cancer, as well as men’s suicide. To date, it’s welcomed six million supporters and helped fund more than 1,250 innovative men's health projects in 20 countries.

A spokesperson for the event says brands partners this year include companies like Alex and Ani and Saxx Underwear, which is sponsoring an underwear run in both New York and Los Angeles. Planters is also a partner, and is running a Twitter campaign with Mr. Peanut and "Queer Eye" star Jonathan Van Ness offering grooming advice.