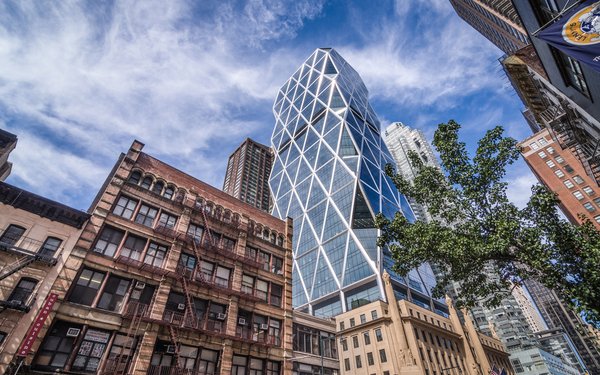 Hearst Newspapers has made a “strategic investment” in The Martin Group, the largest marketing firm in the Western and Central New York area.

The agency plans to use the funds to grow within the region and beyond.

Martin Group executives Lisa Strock and Matt Davison have become investors and equity-holders. Strock will be Chief Operating Officer and Davison will be Chief Business Officer.

"The reach of Hearst is unique. It just gives us that pipeline to the whole world," Davison told The Buffalo News. "Not a lot of agencies are able to get that without getting bought out."

The Martin Group is the first traditional advertising, marketing and branding firm to be added to Hearst Newspapers' wide range of businesses.

The Martin Group was founded in 2001 by Tod Martin. Clients include Under Armour, Wegmans, New Era Cap, ASICS and the Ralph C. Wilson Jr. Foundation. The firm has 100 employees across its three offices in downtown Buffalo (its headquarters), Rochester and Albany.

Martin remains the majority owner and is CEO; he will chair the newly formed board.

The board will now include Heart Newspapers-appointed George Hearst III, president and publisher of the Times Union.

“The investment we are making in The Martin Group will help the agency continue to rapidly evolve and expand, while at the same time offer a combined ability to provide customized marketing solutions and strategies that deliver measurable performance for clients across several key service verticals, including sports, healthcare, food and beverage, financial services, education and nonprofits,” Hearst III stated.

Hearst Newspapers has ownership interests in more than 360 companies, including cable television networks and stations, magazines, newspapers, and other businesses.