Leap Day: There's A Beer For That 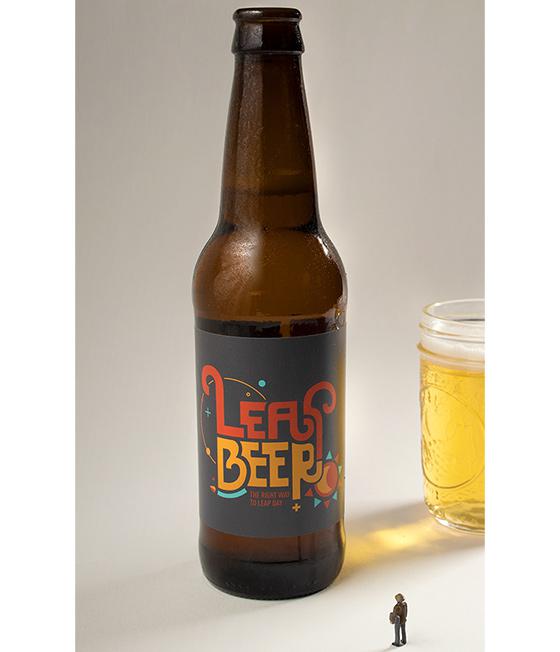 Socialdeviant is recognizing the extra day in February this year with its own private-label, artisanal brew appropriately named Leap Beer.

The beer serves as an example of the agency’s effort to encourage its staffers to use its resources to pursue their passions.

This beer odyssey began last summer when Sociadeviant content planner Graham Spector partnered with the Chaos Brew Club in Chicago to transform his beer dreams into a drinkable product.

This collaboration resulted in “Deviant Ale,” the first in the “All Oars Brewing Series” which was eagerly consumed by his fellow agency workers.

Spector wanted to celebrate Leap Year with a new brew and cooked up a citra-hopped pale variety.

He then turned to his agency for an assist with the branding. The shop encourages employees to utilize its on-site production studio known as All Oars for personal projects (once the client work is done).

Spector worked with artist and fellow Deviant Christine Slavik at the studio to develop the Leap Beer label and tagline “The Right Way To Leap Day.”

“We take pride in being makers here at Socialdeviant,” explains CEO Marc Landsberg. “We make a lot of things -- content and experiences -- that help our clients build their brands. We also happen to make beer.”