Vice Lays Off 155 Employees, Many Across International, Digital Divisions 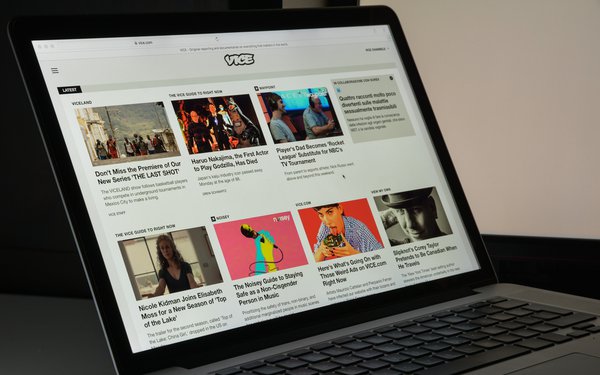 Vice Media Group became the latest publisher to endure a second round of cuts during the COVID-19 pandemic. Today, the company announced it will lay off 5% or 155 staffers across its U.S. and international footprints.

The news was announced in a memo by Vice Media Group CEO Nancy Dubuc and reported by Variety.

The cuts will impact around 100 international employees, the rest hitting U.S. staffers, many across the company’s digital division, which accounts for 50% of the headcount costs, but brings in around 21% of revenue. Dubuc noted imbalances like those “needed to be addressed for the long-term health of our company.”

Vice Media is also looking to move more staffers to the company’s Vice News division, which is growing.

Brooklyn-based staffers will be let go today, while the company’s international layoffs will be enacted over the coming weeks. Laid-off staff will receive severance pay and will be allowed to keep their work-issued laptops. U.S.-based employees will also receive health benefits through 2020.

In addition, the company will provide outplacement services, the memo stated.

Revenue declines as a result of the pandemic are responsible for the latest round of cuts, though Dubuc noted in her memo that the past advertising revenue difficulties faced by digital outlets exacerbated the situation.

Dubuc wrote: “[T]he squeeze is becoming a choke hold. Platforms are not just taking a larger slice of the pie, but almost the whole pie.”

Early in the pandemic, Vice Media instituted sliding scale pay cuts for staffers earning $100,000 or more, a suspension on promotions and a stop to 401(k) matches for employees. Those moves are effective through June 30.

In April, Vox Media furloughed 90% of its staff and reduced the salaries of those making over $130,000, while Bustle Digital Group laid off 24 staffers and shuttered culture site The Outline.