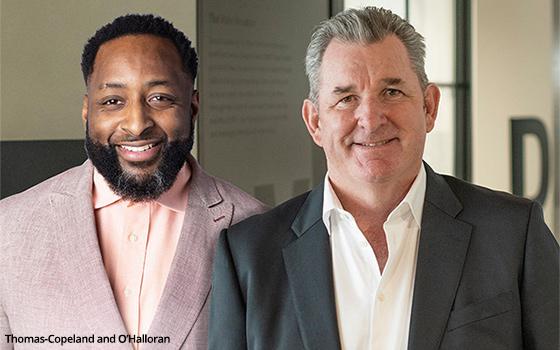 DDB Worldwide has promoted Marty O'Halloran to Global CEO filling the void left in April when predecessor Wendy Clark opted to leave for a role at Dentsu Aegis Network.

O'Halloran most recently served as Chairman and CEO of DDB Australia and New Zealand, a position he has held since 2005.

Thomas-Copeland joins the agency from OPMG Health, an Omnicom Precision Marketing Group network, where he served as Global CEO. DDB said he is widely regarded as a disruptive leader in data and analytics with a passion for creativity.

"Marty has a remarkable track record and a relentless focus on adding value,” stated DDB Chairman (and former CEO) Chuck Brymer who has overseen the network since Clark’s departure.  “With his guidance and leadership, DDB has become a creative force across Australia and New Zealand."

"Justin has been a standout leader within Omnicom, using his ability to glean intelligence out of complex data to inform smart, effective creative," added Brymer.