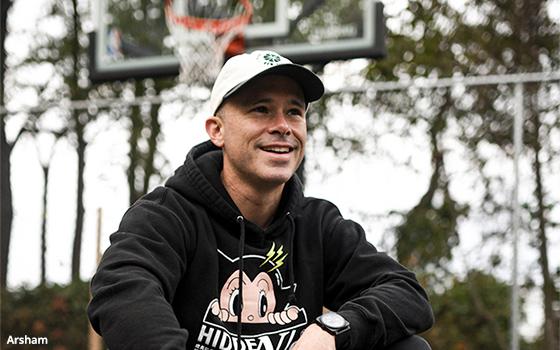 The NBA’s Cleveland Cavaliers has appointed Daniel Arsham as creative director, a new position at the team.

This position is designed to serve as a model for building bridges between sports with contemporary art and culture.

Arsham, an Ohio-native and well-known artist will be tasked with delivering unique experiences, both on and off the court, for the community and fans worldwide. As part of this collaboration Arsham will also become a minority partner in the franchise and be responsible for the Cavaliers visual identity across all aspects of the organization.

The new role is a full-time, permanent position. Arsham will continue to reside in Brooklyn, NY but will make frequent trips to Cleveland where he will have workspace at Rocket Mortgage FieldHouse.

The Cavaliers have an in-house creative group already in place that is staffed with designers, illustrators, photo/videographers, editors, digital and social media content creators. The artist's own studio in New York has a number of staff members as well, all of whom will support the creative direction and vision that Arsham will lead.

Arsham is a familiar face to the organization. Last year, the Cavaliers unveiled a site-specific installation by the artist, entitled Moving Basketball, as part of the new Rocket Mortgage FieldHouse Public Art Program, a contemporary art initiative featuring over 100 works, which launched in September of 2019.

The partnership was initiated by Grant Gilbert, director of brand strategy for the Cavaliers and Anthony Curis, co-founder of Detroit-based gallery Library Street Collect. After Gilbert visited Arsham's exhibit in Miami in December of 2019, he noticed a Cleveland cap as part of the showing. After making the connection that the artist was born in Cleveland and is a lifelong Cavs fan, Gilbert contacted Curis about the possibilities of getting Arsham to design a jersey for the Cavaliers.

As the two spoke about it more in depth, the conversations evolved to discussions about the new role. The appointment is believed to be the first time an influential and internationally renowned artist has taken on the role of creative director at a pro sports team touching all visual aspects of the brand, says Gilbert. “This type of partnership has, until now, been unprecedented in sports, and everyone on the team is looking forward to seeing Daniel’s ideas brought to life.”