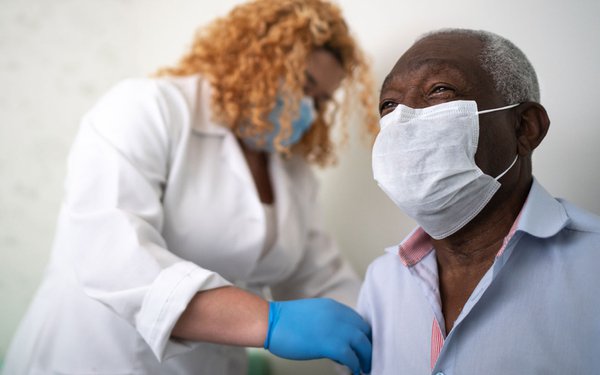 As COVID-19 vaccines become a reality throughout the country, new research shows more consumers are looking forward to getting their shots. That's likely to impact how they feel about shopping -- both in terms of venturing back into stores and having more faith in their finances.

About 50% of those in a new survey from GWI say they intend to get vaccinated as soon as the vaccine is available to them, up from 32% back in December -- a significant change in a relatively short period, says Virna Sekuj, vice president of trends and research at GWI.

"There were a lot of changes in those months," Seku says. "We've had the inauguration, the relief package and much more information about how vaccines will roll out. So there's more confidence and more trust, and that's good. And the more people see others around them -- grandparents, parents -- get safely vaccinated, the more relaxed they are likely to be."

Only 8%, however, rate the vaccine rollout process as "excellent," with two-thirds describing it as either "fair" or "poor."

Retailers themselves are playing a role in that acceptance. Walmart, Walgreens, Target, CVS and Kroger, for example, have administered millions of vaccines. And they’re pursuing ways to get more of their employees on board. Target, for example, is providing four hours of pay (two for each dose) and free Lyft rides. Kroger is paying $100.

And many people -- a total of 45% -- feel like happier days are coming and say they are optimistic about changes from the Biden administration. But there are still partisan rifts, with just 29% of Republicans feeling that optimism, versus 58% of Democrats.

That confidence is already making its way into shopping behavior, with a smaller percentage saying they are still delaying purchases due to the pandemic. About 70% of respondents say they've postponed at least one large purchase because of COVID-19, including vacations, cars, home appliances, clothing and experiences.

The good news is that retailers' concerted efforts to make shopping safer with mask policies, social distancing and sanitation have paid off, and only 10% say they still feel "very uncomfortable" shopping in stores.

The bad news is that ecommerce continues to pose a bigger threat. Not only are 50% of U.S. consumers buying more big-ticket items online, but they're also increasingly using it for smaller purchases, with 32% saying they've stepped up grocery and personal care ecommerce spending.

"Online shopping is perceived as easier, so this trend isn't likely to reverse itself. As more stores develop better ecommerce infrastructure, and this kind of shopping becomes more seamless, they'll continue," Seku says. "People are willing to go to a store for something they feel they need to see or touch in real life, but when it comes to buying a bottle of nail polish remover or deodorant, ecommerce is just less of a hassle.”

She expects travel spending to be one of the first areas to pick up. "People are itching to travel. The questions are now about, 'How can I travel safely?', rather than "I am completely terrified of travel.'"