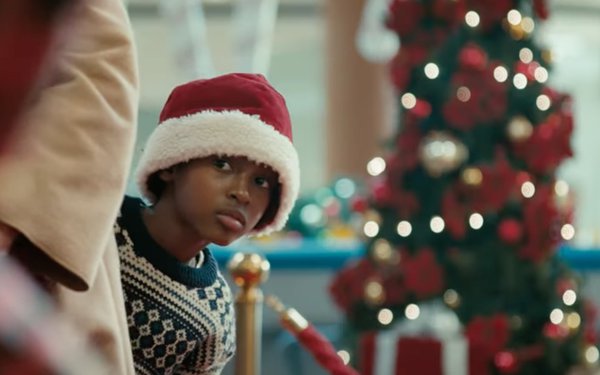 Image above is from an Etsy ad.

Retailers are barreling into the holiday season with full campaigns slightly ahead of the usual seasonal calendar. It looks like many are gift wrapping messages that are light and sweet, stepping away from the achingly earnest and grateful mood that permeated much of last year’s holiday season.

Best Buy focuses on some fun-loving elves, with a little genial policing from the Big Man -- although Santa does consent to a gingerbread cookie after trying to shut down the party. And in “Clandestine,” the retailer gives a nod to shortages that may lie ahead, with a smart-shopping dad scoring his kids’ dream gift.

Kohl’s showcases a different kind of dancing, with a young boy gallantly giving Grandma a whirl, set to a remake of “From Me To You,” the Beatles’ classic. The Menomonee Falls, Wisconsin-based chain says that after the pandemic so altered last year’s holidays, it wants to encourage people to return to celebrations with a new perspective, “to cultivate meaningful connections with their families, neighborhoods and communities.”

To further boost that “spirit of belonging and connectedness,” Kohl’s is donating grants of $8 million to some 150 nonprofits nationwide. Last year, it made donations of $5 million.

Kohl’s is also hoping to get customers dancing to their own groove, with a TikTok Challenge that focuses on music and dance, inspired by the company’s holiday brand spot. Other social media activations include creator-led content on Pinterest, Instagram and YouTube.

Etsy’s new spots travel a different road to the heart, focusing on relationships. Themed “More than a Gift,” each ad tells a story of how a personalized treasure from the ecommerce site can strengthen the bonds between people.

“Bus Stop” highlights an unlikely friendship between a young store clerk and an elderly woman. "The Recipe" shows a mom teaching her daughter to bake in ways that channel a missing grandmother. And "Our Santa" showcases the power of a Black Santa to make a father feel like he belongs.

The agency is 72andSunny in New York.

Etsy, based in Brooklyn, says the ads are running on 50 cable channels and broadcast networks, including Hulu and Roku, podcasts and digital audio, such as Spotify, and paid social on Facebook, Instagram and YouTube.