On the news of Google’s earnings, Alphabet stock rose 9%. Alphabet blew past revenue projections of $72.17 billion for the quarter, coming in at $75.33 billion. The company’s advertising revenues made up most of those numbers. Revenue for the period hit $61.24 billion versus $46.2 billion in the year-earlier period.

Artificial intelligence continues to power Google’s ability to support brands through insights, new tools and automation. It 's one factor that drove up revenue for the year, Sundar Pichai, Alphabet and Google CEO, said during the company’s earnings call on Tuesday.

Pichai called out several AI models that are helping to create conversational experiences. The latest -- Pathways -- was released in October. One model can be trained to do thousands or millions of things.

“From MUM to Pathways to BERT and more, these deep AI investments are helping us lead in search quality,” he said. 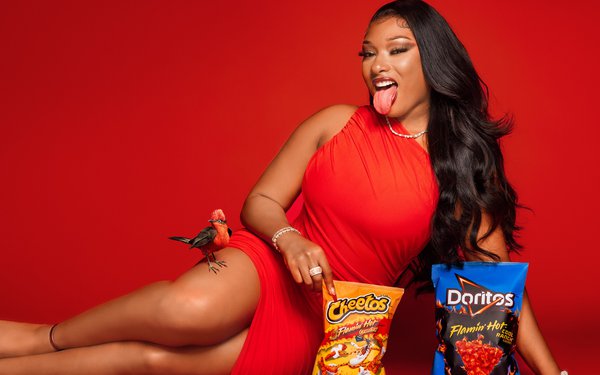 Uber announced it will run a Super Bowl ad via Special Group starring Gwyneth Paltrow, Jennifer Coolidge and Trevor Noah. The spot has yet to be released.

Frito-Lay will also run a 60-second Super Bowl ad for its Cheetos and Doritos brands under the “Flamin’ Hot” varieties, including Doritos Flamin’ Hot Cool Ranch. The ads feature Megan Thee Stallion and Charlie Puth as voices of animals shown being awakened by the flavor of spicy snacks. Goodby Silverstein & Partners handles.