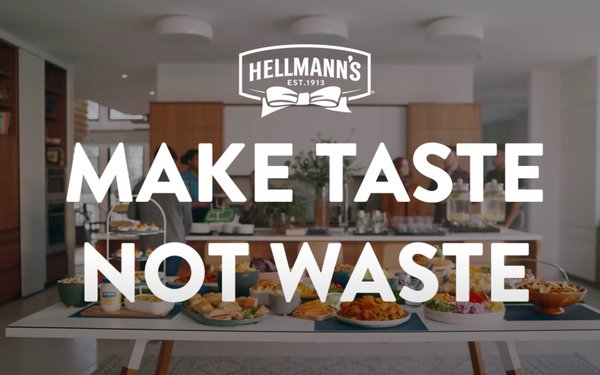 Hellmann’s mayonnaise is teaming up with pro football coach Jerod Mayo to show consumers how to tackle the issue of food waste with a Super Bowl spot and an educational recipe app.

During the fourth quarter of Super Bowl LVI on Sunday, Mayo will be seen physically piling on actor Pete Davidson, his mother, and other people to keep them from discarding food that can be repurposed in the home.

In this teaser spot, actor Lester Speight reprises his role from the comedy series “Terry Tate: Office Linebacker” to enlist Mayo by phone in the fight against food waste.

“Yeah, I can tackle that,” Mayo responds.

And tackle he does: a man, a woman on a crutch, even a “grandma” eyeing leftovers in her fridge as depicted in this spot—a shorter version of which will run in the fourth quarter of the game.

As Mayo approaches Davidson’s mother, the actor assures him she’s already on board with the food-waste issue—but Mayo decks Davidson anyway.

The agency responsible is Wunderman Thompson.

According to Hellmann’s North America senior marketing director Ben Crook, 40% of all food in United States is wasted—with 40% of this waste happening in the home.

“We’ve done a lot of behavioral research behind what goes on in consumers’ homes and what leads to food waste,” Crook tells Marketing Daily.

Beyond generating awareness, Hellmann’s wants to encourage and incentivize people to change their behavior via a four-week program called Fridge Night, available in an iOS and Android app.

“We did a pilot last year, and what’s encouraging is, those consumers who got through the four-week program actually reduced their food waste by 46%,” Crook says. “If we are going to change behavior, the first part of that journey will be consumers recognizing themselves as part of the solution and the problem.”

The campaign is all part of the brand’s efforts to support the United Nations’ Sustainable Development Goals initiative, which seeks to reduce global food waste by 50% by the year 2030.

Before the Super Bowl, Hellmann’s made a “base donation” of 500,000 meals to the nonprofit group Feeding America.

“During the game, we’ll provide an additional 5,000 meals for every in-game tackle—with the ultimate goal of doubling the amount to one million meals provided,” says Crook.