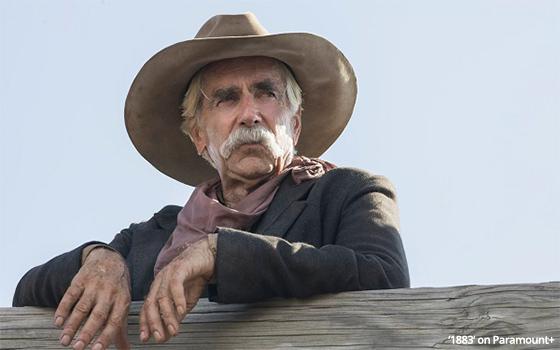 With the announcement from ViacomCBS this week that it is changing its name to Paramount Global, the company became the second of our video-content behemoths to tie its rebranding recently to a legacy company with roots in the very founding of the movie business.

The original Paramount dates its creation to 1912. As the company’s new, lead brand-name, it likely beat out the two other legacy choices that made up the company’s name until now, Viacom and CBS.

The decision is similar to the one Discovery Inc. announced last spring that the company would become Warner Bros. Discovery when the merger of the two companies -- announced last May -- is finalized (something that is expected in the second quarter of this year).

In so doing, the powers that be at Discovery gave Warner Bros. top billing in their new name, although the deal to merge Discovery and WarnerMedia is characterized everywhere as a takeover by Discovery, and not the other way around.

The namers of the new Paramount Global must have believed that of the three entities -- Paramount, Viacom and CBS -- Paramount is the one that is most recognized in more places around the world.

Among other advantages, Paramount’s “mountain” logo has been featured prominently for decades before and after its thousands of movies and TV shows. In addition, compared to ViacomCBS, “Paramount” does not sound quite so corporate.

Moreover, Paramount is already the name of the streaming service, Paramount+, upon which the company has pinned its hopes for future growth.

It might seem counterintuitive to position Paramount, a corporate entity born 110 years ago, as a symbol of the future.

But like Warner Bros. Discovery, ViacomCBS owns so much content -- in which Paramount’s holdings play a large part -- that a corporate brand name linking both the past and present makes a certain kind of sense.

If the past and at least some of the present and future are represented by Paramount, then the second word the company chose for its new name, Global, feels decidedly contemporary and looking toward the future.

The use of “Global” as part of a corporate name is widespread right now, which places Paramount Global squarely in the present day. It also implies that its interests know no borders or boundaries and it is eager to grow its businesses around the world.

“Global” as a word defining the international scope of a company’s activities makes sense because until earthlings start to colonize outer space, the planet Earth is the only place where doing the business of television can be done.

On the other hand, one of the other big media companies implies, perhaps inadvertently, that its reach goes even further than today’s “Global” entities -- NBCUniversal.

Indeed, that company was likely the first of our big TV companies to use the name of one of our oldest legacy motion picture companies -- Universal, which, like Paramount, dates its founding to 1912.

Give the Universal founders credit for showmanship. They may have believed that someday their company’s reach would break the bonds of Earth’s atmosphere to make its presence known in other worlds.

This has not happened yet, but who knows? Flights to space with ordinary (albeit, very rich) people are already underway.

Perhaps it is only a matter of time before they get to watch “The Office” while in flight.

And a final note: As it happens, the NBC entity that handles syndication sales for shows such as “The Office” uses both “Universal” and “Global” in its name, NBCUniversal Global Distribution. Clearly, this is a company that covers all the bases.