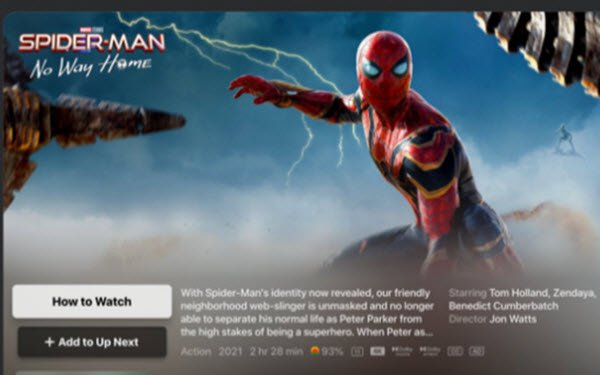 Android TV and Google TV device users can no longer purchase or rent movies and TV shows through the Apple TV app.

The Apple TV app launched on Google TV and Android TV, on devices including Google Chromecast and Nvidia Shield, last year, enabling content transactions, as well as access to Apple TV+ for that service’s paid subscribers.

But Apple removed the option in its latest update of the Apple TV app, replacing the “rent” and “buy’ buttons with a “How to Watch” button, reported FlatPanelsHd.

The new button states: “You can buy, rent or subscribe in the Apple TV app on iPhone, iPad and other streaming devices.”

Only the transactional content function is affected. Apple TV users on Google TV and Android TV can still access content already purchased through the Android and Google TV devices, and the Apple TV+ paid streaming service is still accessible from the Apple TV app.

Apple, which continues to support the transactional function in its TV app in all other platforms except Amazon Fire TV, did not reveal why it made the move.

Some have speculated that Apple may have decided to change its terms to avoid Google’s 30% cut on subscriptions made through its Google Play store.