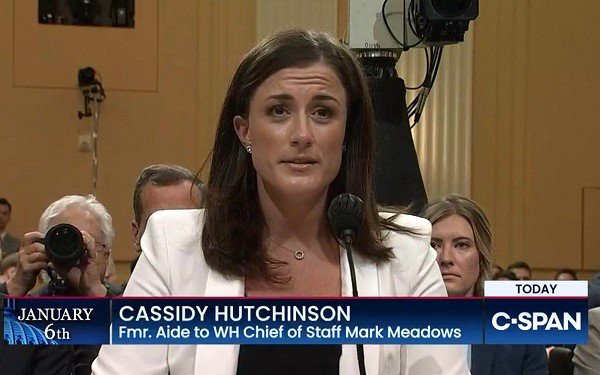 Thursday night's prime-time hearing of the House Select Committee on the January 6 Attack could be seen as a barometer of the public's interest in the congressional investigation of the assault on the Capitol on January 6, 2021.

It is reasonable to assume that a great many Americans have been following the proceedings since they began on June 9.

But it is also true that millions of Americans get their news from tweets, Facebook feeds, late-night comedy monologues and other such non-news media -- not from long-form media such as a live congressional hearing.

Thus, it is reasonable to ask: Does the interest of some Americans in these proceedings include sitting still on a summer evening for two hours of congressional testimony on TV?

The June 9 hearing was the first of the seven public hearings held so far on the insurrection, and the only one to air live in prime time. All of the others were held and aired during daytime hours.

That changes Thursday night when the committee and its hearings come to prime time for the second time for public hearing No. 8.

It appears likely that it will be the last of them until September as members of Congress get out of town for their summer recesses.

Like the June 9 prime-time hearing, Thursday's will be carried live in all of the usual places from 8 p.m. to 10 p.m. Eastern -- ABC, CBS, NBC, PBS, the cable news channels, all of their affiliated websites plus many more unaffiliated.

June 9's live event drew an estimated 20 million viewers divided among 11 TV networks, according to a MediaPost story by Wayne Friedman that ran in Television News Daily on June 13.

The breakdown included: ABC with 5.2 million; MSNBC, 4.3 million; NBC, 3.7 million; CBS, 3.5 million; and CNN, also 3.5 million, according to the story. The story did not include data for online consumption, which likely added even more viewership.

Still, 20 million-plus does not exactly indicate that the U.S. is in the grip this summer of January 6 congressional hearing mania. Or at the very least, the vast majority of Americans are not watching the hearings and have no intention of doing so.

At the same time, many millions will have no problem talking about Thursday's hearing and commenting on it on social media.

For many, their opinions will be influenced less by straight-news reporting or firsthand experience than the commentary offered up afterwards by the cable news chatterboxes plus America's late-night oracles Trevor Noah and Stephen Colbert.

This is American political discourse today -- love it or leave it.