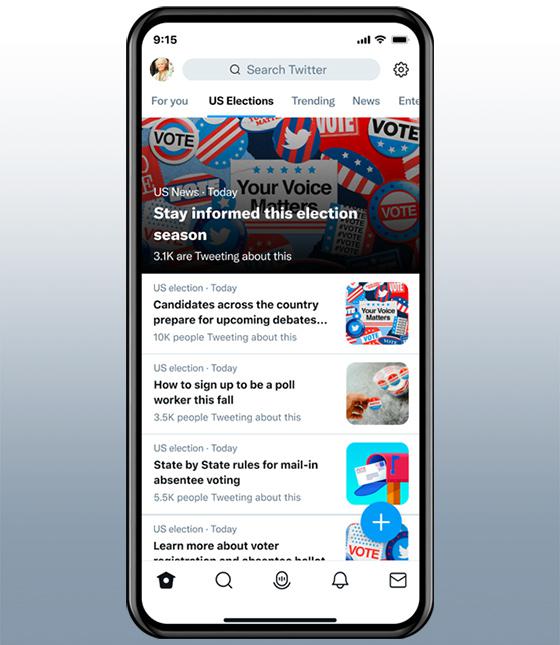 Ahead of the U.S. midterms, Twitter is taking steps to protect against the spread of misinformation on its platform, with a cluster of election integrity features and info hubs to help facilitate credible information.

Twitter is starting by activating enforcement of its Civic Integrity Policy, which it says “covers most common types of harmful misleading information about elections and civic events.”

Twitter says that Tweets including any of this content “may be labeled with links to credible information or helpful context.” The platform also says it will not recommend or amplify this content where it specifically makes recommendations.

Furthermore, Twitter users will see a prompt before liking or sharing these labeled tweets.

In cases where there is potential for harm associated with the false or misleading claim, the tweet may not be liked or shared.

The company says that the new labels increased click-through rates by 17%, meaning more people were clicking labels to read debunking content. Notable decreases in engagement with labeled (potentially misleading) tweets were also reported, including 13% less in replies, 10% less in retweets, and 15% less in likes.

In addition, Twitter is launching various product updates to help voters find reliable information about how to register, how to vote, and choices on their ballots.

The first is “prebunks,” made up of contextual prompts taking on false election reportage that will be placed directly in U.S. users’ timelines and in Search when people type related terms, phrases, or hashtags.

Twitter also will launch a dedicated Explore tab, which  includes national news curated by the company's Curation team, localized news and resources by state, and PSAs in English and Spanish made up of info from nonpartisan government and voting advocacy organizations.