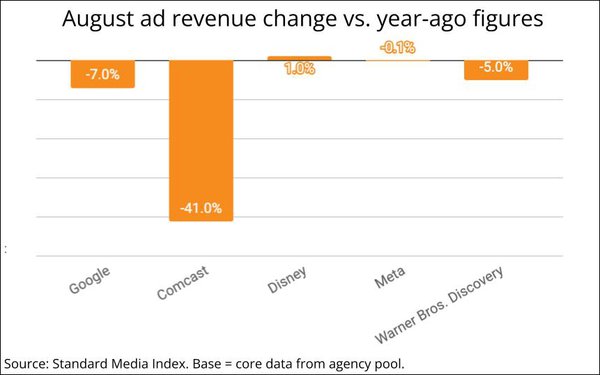 One big reason why the U.S. ad market declined 3% in August was the absence of incremental spending from the 2021 Summer Olympic Games aired by NBC Universal, and not surprisingly, it was hardest felt by Comcast, the parent of the Olympics network.

And while Comcast took the biggest hit, all but one of Madison Avenue's Big 5 media suppliers -- Disney +1.0% -- saw year-over-year ad revenue declines in August, according to Standard Media Index's analysis of its core agency media-buying data for the month.

The two big digital suppliers -- Google and Meta -- experienced ad revenue declines due to lower spending by studios promoting theatrical film releases in August vs. the same month a year ago.

According to an SMI analysis of key ad category data, the entertainment and media advertising category declined 17% in August vs. year ago levels, making it one of the worst hit categories for the other. 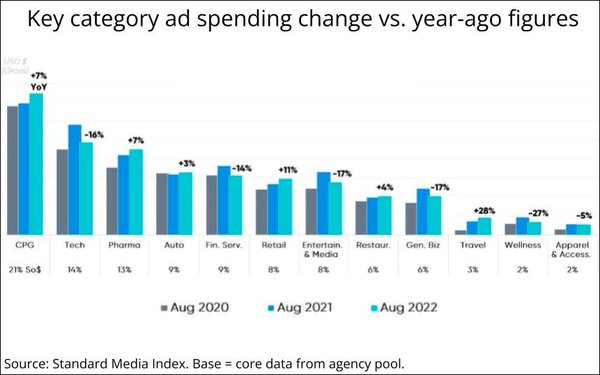 1 comment about "Comcast Plummets In August On Year-Ago Olympic Comps".
Check to receive email when comments are posted.
Next story loading