Obama Foundation's 'Get Her There' Focuses On Girls' 'Future Me' 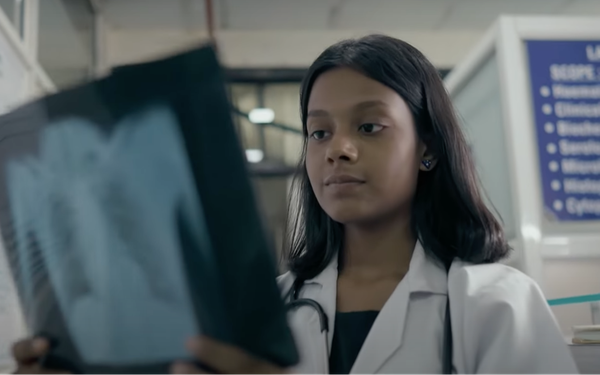 A new ad campaign aims at improving education for girls around the world by talking to their future selves. “When I’m 25,” it begins, then highlights their hopes -- ­from simply graduating to going on to med school. Some just want people to ask about their dreams rather than who they want to marry.

The Obama Foundation says the new “Get Her There” campaign is from its Girls Opportunity Alliance, highlighting the need to educate and empower adolescent girls worldwide.

It announced the campaign celebrating International Day of the Girl and says its goal is boosting hundreds of community-based organizations worldwide.

“The barriers our girls face today are steep and are leaving millions of girls out of school. Our goal is to help clear away all that’s standing in the way of girls achieving their dreams,” said Michelle Obama, former First Lady, in the announcement. “While that’s too big of a challenge for any one of us to tackle alone, it’s something I know can be accomplished if we all work together. We all have a role to play in ensuring girls get the opportunities they deserve.”

Public Inc., a Toronto-based ad agency, created the film, as well as the campaign and platform, in collaboration with the Obama Foundation.

Marsai Martin, an actress on "Black-ish," directed the spot, her first time behind the camera.

Comcast is a partner in the effort, and the ads are set to appear nationally on TV through October.

Since its launch in 2018, the Girls Opportunity Alliance has connected more than 4,000 leaders and community-based organizations, funding 54 projects in 20 countries, including India, Malawi, Cambodia and Peru.

In the next five years, it intends to fund more than 100 organizations. And it has just added 12 new community-based organizations from countries like Kenya, India, and Colombia.