We Are Social Opens NY Outpost 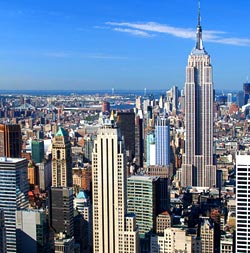 Many agencies in the U.S. -- creative, media, digital, PR -- have social media practices. And there are plenty of stand-alone shops in the field as well. They’re all about to get a little more competition. London-based independent social media agency We Are Social has just launched in the U.S. with a New York office.

The U.S. expansion follows the agency’s formation of regional hubs in São Paulo and Singapore last year. With its expansion to North America, the agency now has a footprint that touches five continents with eight offices.

The agency also has offices in Milan, Munich and Sydney.

Robin Grant, global managing director at We Are Social, said the opening of the New York office -- with Adidas and DeBeers Diamond Jewelry as initial clients -- rounds out the shop’s worldwide offering.

Running the New York operation as managing director is Leila Thabet, who first joined We Are Social in 2009 before moving to rival Isobar, a unit of Aegis Group, to set up and lead a social media practice. She returned to We Are Social in late 2011 to develop plans for the North American expansion.

In her first stint with We Are Social, Thabet was a senior executive with the agency’s London office, where she oversaw campaigns for clients that included Coca-Cola, Unilever and Tesco.

“The U.S. leads the way in terms of marketers' use of social media," Thabet stated. She added that the opportunity to work at both a local and global level with U.S.-based brands is "immensely exciting."

We Are Social was founded in London by Grant and managing partner Nathan McDonald in 2008. Since then, the shop has grown to 160 employees across its eight offices. Clients also include Heinz, Smirnoff, HP, Moët & Chandon, Kleenex, Heineken, PayPal, Nestlé and Hotels.com.