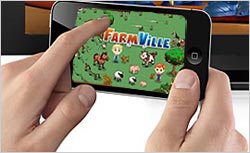 For all the hoopla about people streaming video content on their smartphones, tablets, PCs and gaming consoles, gaming is still the preferred activity for all these devices.

According to new research from PwC U.S., people (regardless of whether they’re heavy, medium or light gamers) spend more time playing games on the various devices than they do watching TV or movies on them. The disparity was particularly wide when it came to gaming consoles, which were used an average of 3.7 hours a week for gaming vs. 2.3 for video watching, among all gamer categories.

“Gaming has become increasingly integrated into our daily lifestyles in recent years,” Michael Yatsko, director in PwC’s Entertainment, Media and Communications Advisory practice, tells Marketing Daily. “Some respondents said gaming served as a way to break up free time and to decompress from the stress of their day while others look at it as a way to keep in touch and stay social.”

At the same time, the research suggests that console makers ought to look at marketing the devices as more than just a gaming device. Particularly as consumers become more sensitive to games pricing (44% of consumers said they spent $5 or less a month on gaming, due in large part to the lower game prices on the mobile platform), positioning the console as a media hub for the home may offset concerns about the higher cost of investment.

“By extending gaming experiences across multiple platforms, consumers can become engaged in ways that better integrate into their daily lifestyles and work-styles,” Yatsko says. “Doing so provides businesses with more opportunities to monetize their services and enhance brand intimacy.”

People also expressed a strong desire to play and save games across a variety of different platforms, according to the research. When it comes to these different platforms, however, gamers have different mindsets and expectations. While a majority of those who play games on a mobile platform does so in 5-15-minute bursts, most console gamers will play for an average of 60-90 minutes, with PC gamers coming in at an average 30-60 minutes.

The ability to play and save games across a variety of platforms may also make people more willing to adopt subscription-based models, though many of the more casual gamers may have to be convinced that they’re getting a decent value over purchasing games. People are also intrigued by the idea of streaming games, though they have questions about how the technology would work (such as lag-time) and how it might hurt a device’s resale value.

“Most respondents were intrigued by this particular idea and were quick to identify inherent benefits such as no clutter of CD’s, great social gaming interaction and portability and flexibility,” Yatsko says.