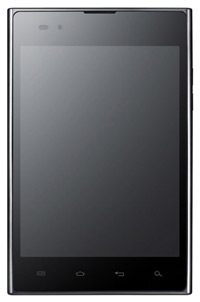 LG Electronics will use natural language processing to support a voice search service for its smartphones running on Google's Android operating system.

Quick Voice will support 11 applications with audio features for Web search such as text, maps and weather. The move should become a wake-up call to search engine marketers who will need to rethink how they optimize Web sites and paid-search campaigns.

The Quick Voice feature will initially launch this month in South Korea, joining a growing market spearheaded by Apple with the introduction last fall of Siri for the iPhone 4S. It's unclear how quickly LG will introduce the feature into other markets.

Voice search continues to become the natural progression to simplify the request of information across platforms and devices, according to BIA/Kelsey analyst Matt Booth. "Google ran a very advanced voice search 411 business for years at Goog411, even taking out billboard advertisements," he said. "They were really after a large database repository of voice searches that continue to improve voice search queries. We think voice will be playing a pivotal role across Android devices."

Booth said these announcements are early indicators that the market is primed to take off, and in four to five years, voice search will become as ubiquitous as turn-by-turn directions on mobile.

Quick Voice will support Android 4 updates on the LG Optimus Vu this month, along with the Optimus LTE 2 in July. As a smartphone maker, LG might have set a precedent by introducing voice search for its phones, but it's not the first. Earlier this month, Apple said it would expand Siri to the iPad this fall with the release of iOS 6.

About 1 billion of the world's population own smartphones, said Google executive chairman Eric Schmidt at a conference in Israel. He delivered the message to explain the growth of smartphones and how the device can reduce the gap between those who have access to the world's information on the Internet and those who do not.