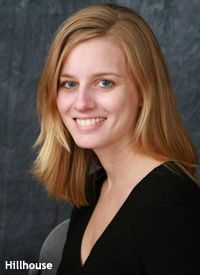 Few brands are as clued in to what Gen Y is thinking as is MTV, with its sweet spot of 18 to 24. But increasingly, the company is trying to suss out what is on the minds of the youngest Millennials -- those between 12 and 17 -- not to mention how the older wave is navigating such gloomy employment prospects. We asked Alison Hillhouse, VP at MTV Insights, fresh off a research blitz, to share what’s coming from this next wave.

Q: So what are the biggest differences between the younger end of Gen Y and their older brothers and sisters?

A: They’re moving to Twitter, especially the 15 to 18 crowd. It really seems to be exploding all of a sudden with teenagers. They say, “We’re all transitioning to Twitter, because our parents are on Facebook, and we get a lot of spam on Facebook.” Of course, the numbers are huge for Facebook, and these kids know they need it. They have to check in there; you can’t avoid it. But their intimate conversations? Those are now happening on Twitter. They talk in code a little bit more there, and there’s less pressure to friend your entire school there.

Q: So you have some research called Generation Innovation. What’s that about?

A: We are just seeing such a spirit here, with these kids starting businesses on Kickstarter and Etsy. So we went to Detroit, L.A., and New York. Detroit was especially fascinating. It feels like it’s completely boarded up. Yet we’d go into these warehouses, and they are tech incubators with a bunch of artists and entrepreneurs. We went to one where there was a canoe-maker, someone designing apps, and someone making coats for homeless people, all in one space. They are all coming together to share with each other. These co-working spaces are a huge trend.

Q: Is there something special about how they innovate?

A: Yes. Beta. Swarm, Hustle. Hack. They are so very empowered to do this -- some by their parents saying you can do anything, some because they’ve been so enabled by technology, and in part, by the recession. Many are like, 'the economy is so bad, I might as well start this company now. What else am I going to do?’

A: No. They think experience is overrated. In fact, 55% say their hustle is more valuable than an MBA would be. More than half of them think you can Google how to be the CEO of a startup.

Q: Are they afraid of failing?

Q: Are there gender differences that marketers should be especially aware of?

A: Yes. While I don’t think it’s quite accurate to talk about the demise of guys, Gen Y males are definitely pioneering what it means to be a man. They are navigating a new space, and their dads can’t really guide them. And the idea of the metrosexual is dead. They’re all metrosexual. If they tweeze their eyebrows, they aren’t embarrassed about it.

Q: What about politics?

A: That's very complicated. But one thing we see is that they like to be funny. They get their political views from memes.