Study: Consumers Ever Fussier About CSR 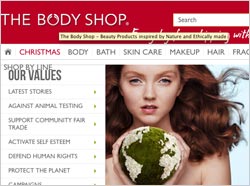 Whether it’s The Body Shop’s “Beauty with heart” positioning, Timberland planting trees, or Starbucks hawking its Fair Trade brew, companies are spending more money than ever convincing customers of their corporate social responsibility.

A new study from Cone Communications shows that consumers are paying close attention to these messages, and are eager to buy brands they perceive as socially responsible, even if they’re still fuzzy on what CSR actually means.

Overall, 84% of those in its survey say companies aren’t just responsible for doing the right things, but also for effectively communicating them to shoppers. And 86% say they are more likely to trust companies that report their CSR efforts. When given a choice between a company that “clearly demonstrates” its CSR values and one that doesn’t, 82% say they will choose the more do-gooder brand. And 40% say that if they can’t find out about a company’s CSR efforts, they won’t buy the brand.

For marketers, that means that simply having a CSR program in place won’t cut it. “Purpose is no longer enough, and successful campaigns must demonstrate return for business, brand and society,” Cone Communications EVP Jonathan Yohannan says in its report. “‘Proving purpose’ is the new mantra for effective CSR.”

A recent analysis from Corporate Responsibility magazine reports that 72% of companies now have formal CSR programs, up from 62% in 2010. (Of course, many aren’t particularly meaningful. Earlier this year, the Harvard Business Review cited research that put CSR initiatives at the bottom of most corporate boards’ priority list.)

The Cone study also teases out a growing sophistication among consumers about the complexity of CSR programs, with 84% of the sample, which included over 1,000 American adults, saying they understand that in order for a company to make an impact, it must also make money, either by reducing costs or raising sales. But they are still flummoxed by CSR, with 63% admitting they don’t know how or where to find CSR data, and 55% not understanding how their purchases can make an impact.