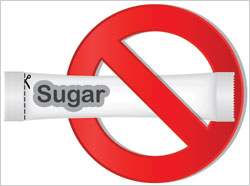 In the latest volley in the sugar wars, the Center for Science in the Public Interest (CSPI) has petitioned the Food and Drug Administration to set and phase in a cap on added sugars in beverages.

In the “citizen petition,” the nonprofit nutrition advocacy group also asks the FDA to encourage the food industry to voluntarily reduce added sugars in foods, in part by setting targets for lower added-sugar levels.

Further, it asks that FDA revise the “sugars” line in Nutrition Facts labels on both beverages and foods to address “added sugars,” and conduct a public education campaign to encourage consumers to consume less added sugars.

The petition includes a letter of support signed by 10 health departments, 20 health and consumer organizations, and 41 health professionals.

The petition is based on the FDA’s classification of high fructose corn syrup (HFCS), sucrose and other sugars as “generally recognized as safe” (GRAS) – a designation that requires scientific consensus that the ingredient is safe at the levels consumed. CSPI argues that the current scientific consensus is that the levels of added sugars being consumed are unsafe, citing numerous studies that link consumption of sugary drinks to obesity, heart disease, diabetes and gout.

CSPI asks that the FDA determine what level of added sugars would be safe for use in beverages, and phase in these requirements over several years. While not suggesting specific caps, it points out that “several health agencies” have identified two-and-a-half teaspoons (10 grams) as “a reasonable limit in a healthier drink.”

The letter of support states, in part, that “every edition of the Dietary Guidelines for Americans (going back to 1980) has recommended reducing consumption of added sugars, but Americans are consuming more added sugars…now than they did in 1980. And that high level of consumption…is contributing to serious health problems.”

In her “Food Politics” blog, Marion Nestle, professor of nutrition, food studies and public health at New York University and one of the signatories of the letter of support, pointed out that CSPI also petitioned the FDA to call out added sugars on labels in 1999. “If the situation with trans fats was any indication, the food industry will reduce the sugars in  its products if it has to disclose them,” she wrote.

In a statement responding to the petition, the American Beverage Association argued that “everyone has a role to play in reducing obesity levels – a fact completely ignored in this petition. This is why the beverage industry has worked to increase options and information for consumers.”

Specifically, the ABA points out that about 45% of all non-alcoholic beverages now purchased have zero calories, and the overall average number of calories per beverage serving is down 23% since 1998; that Americans are consuming 37% fewer calories from sugar in soft drinks and other sweetened beverages than in 2000, according to the Centers for Disease Control; and that beverage companies voluntarily added calorie labels to the front of all packages. ABA also states that beverage companies voluntarily removed full-calorie soft drinks from all schools and replaced them with lower-calorie choices, resulting in a 90% reduction in beverage calories shipped to schools since 2004.

The response concludes: “We look forward to working with all interested parties in making further strides in bringing down obesity levels and helping consumers make informed decisions for themselves and their families."

CSPI’s petition comes two weeks after the U.S. Department of Agriculture released new proposed rules for the nutrition and calorie levels of snacks, beverages and meals sold in school vending machines and a la carte lunch lines – foods and beverages defined as being “competitive” with federally subsidized school breakfasts and lunches.

Among other requirements, the proposed regulations, now up for public comment, would formally ban regular sodas. Diet sodas would be allowed in high schools in 20-ounce containers, as would 12-ounce versions of zero-calorie sports drinks or fitness waters and 12-ounce portions of sports drinks and other drinks that have no more than 40 calories per 8 ounces.

The rules would also limit sugar content in foods, as well as fat, trans fat and sodium content.

They specify that any food sold in schools must be either a fruit, vegetable, dairy product, protein food or “whole-grain-rich” product, or a combination food that contains at least one quarter cup of fruit or vegetables. Foods must also contain 10% of the daily value of a nutrient cited as a public health concern in the Dietary Guidelines (such as calcium, potassium, vitamin D and fiber).

"No Sugar photo from Shutterstock"