Follow The App Money And It Still Leads Mainly To Apple... And Games 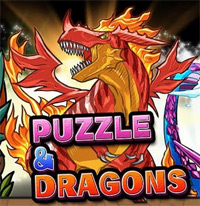 The overwhelming majority of mobile app revenue continues to be realized on the iOS platform by developers. According to the latest quarterly rundown of worldwide app activity and monetization by Canalys, 74% of mobile app revenue in Q1 2013 came from Apple, while 26% came from Google, Microsoft, and BlackBerry combined. Overall, the company pegs the worldwide app market from sales and in app purchases at $2.2 billion for the quarter -- up 9% from Q4 2012.

In fact, although Western Europe and emerging markets have the strongest growth, even in the U.S. revenue was up 6% over the previous quarter in revenue and 8% in downloads. Emerging markets such as South Africa, Brazil and Indonesia have huge rates in terms of downloads, but they are not necessarily seeing such strong growth in revenue.

Despite Apple’s indisputable dominance when it comes to revenue, Google and its Android operating system are no slouches in the app department, because the operating system's massive scale ensures that 51% of all app downloads are going to Android.

At the same time that Canalys issued its report on revenue, app analytics firm Distimo yesterday released its leaderboard for global mobile apps during the month of March. On a worldwide basis, the biggest moneymaker in the world right now among apps is the Japanese game title "Puzzle & Dragons," which has been Japan’s top-grossing app in the Apple App Store for over a year and the top-grossing app in Google Play in Japan for the last six months. Its publisher, GungHo Online Entertainment, has been exporting the game into other countries, and it is getting traction in Korea, the UK, and the U.S.

The most popular free apps in the Apple App Store diverge sharply from those that lead among free downloads at Google Play. On iOS, King.com's "Candy Crush Saga" game was the most popular in March followed by YouTube, the game "4 Pics 1 Word," "Temple Run 2" and Google Maps. Meanwhile, on Google Play, Facebook, WhatsApp Messenger, Skype, Facebook Messenger and "Temple Run 2" are the most popular free downloads. On Apple iOS the top revenue-generating apps typically are games, whereas on the Google Android platform, utility and social apps are as likely to be top-grossing apps as are games.