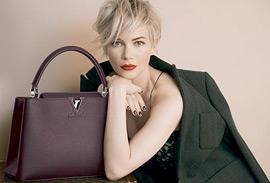 Turns out that when it comes to buying flashy watches and six-figure handbags, the rich are as skeptical as the rest of us. A new report from the American Affluence Research Center says that 44% of the country’s richest 10% say that Louis Vuitton is overrated, 38% say the same about Gucci, and 37% believe that is true about both Prada and Hermes.

By contrast, just 12% of this group, who have an average net worth of $3.1 million and average income of $256,000, describe Nordstrom as overrated, followed by Clinique and Lancome. Two hotels, the Four Seasons and Ritz-Carlton, also scored below 20%, as did Lexus, indicating that affluent shoppers deem these brands as a good value, not something aimed at “status seekers.”

But among consumers who had either previously purchased or had some knowledge of a brand, the percentage describing it as overrated fell. For example, while 47% of those with no experience of Vuitton describe it as overrated, only 38% of those who were familiar with the brand felt that way, and just 24% of those who actually owned or experienced it.

“Brands need to do a better job communicating quality and value to their target audiences,” says Ron Kurtz, president of the Alpharetta, Ga.-based market research company. “And despite images in the media of affluent people being very status conscious, 80% of these people are self-made millionaires. They didn’t grow up in families where these brands were household names.”

He tells Marketing Daily that while the highest 1% do have much greater familiarity with luxury brands and trends, “90% of the affluent got there by being careful spenders and savers.”

Although much has been made of the so-called aspirational affluents, fashionistas who like to buy designer fragrances and key chains even if they can’t afford the big-ticket items, the research also turned up a major disconnect between this 10% and luxury advertising. Even among consumers who had purchased the brand, a significant percentage -- up to 25% in some cases -- still felt products were aimed at consumers who are “wealthier than me.”