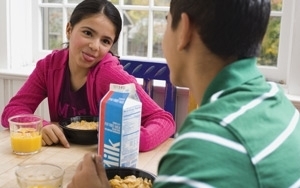 Cold breakfast cereals have been under siege in recent years.

More consumers are eating their morning meal on the run, and there are a growing number of options for doing just that, including yogurt, energy bars and other product innovations.

Between 2008 and 2013, U.S. retail sales of cold cereals barely budged. The category's U.S. retail sales had a meager compound annual growth rate (CAGR) of 0.4%, rising from $10.3 billion to $10.4 billion, according to a new report on breakfast cereals from market research firm Packaged Facts.

Hot cereals are a much smaller category (about $1.4 billion in 2013), but they fared considerably better, realizing an 8.5% retail sales gain between 2008 and 2013 and accounting for most of the overall cereal market's CAGR of 1.3% during that period. Due to declines in cold cereal, the total category's sales were actually down 2% last year.

Still, during the past decade, volume consumption of cold cereal did slightly outpace growth in the number of U.S. households. And an early 2014 survey by Packaged Facts found that three in four adults eat cold cereal, with three in five eating it daily or a few times a week. Among cold cereal consumers, 40% report sometimes eating it as an evening meal or snack, and the same percentage say they snack on it right out of the box.

Furthermore, demographic trends -- combined with cereal makers' increased investment in marketing and innovation -- are expected to drive renewed growth for cold cereals, as well as accelerated growth for hot varieties, starting this year, according to the report.

The continuing declines in the overall U.S. birth rate and the kids' population have been negatives for cold cereal, in particular. However, two major demographic trends will work in the category's favor going forward, the researchers point out.

The rapid growth of the U.S. Hispanic population is key, as these households -- regardless of whether they have children -- are more likely than non-Hispanic households to have consumed 21 or more servings of cold breakfast cereal in the last 30 days, according to Simmons National Consumer Study data.

The surging population of Baby Boomers, who continue to consume more cereal than younger generations, is also good news for the category. The percentage of cold cereal-consuming households without children has continued to rise during the past decade, even as the percentage of cold cereal-consuming households with children has declined.