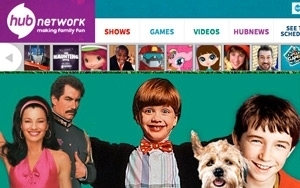 Looking to expand beyond its narrow kids TV base, Discovery Communications’ Hub Network will now become Discovery Family Channel. The 5-year-old Hub -- a 50-50 co-venture between Discovery and toymaker Hasbro -- will take on its new moniker on Oct. 13.

Discovery will now have 60% ownership in the new channel; Hasbro has 40%.

Discovery says the network will broaden its programming for families in prime time and continue to run Hasbro Studios children’s content in daytime. Discovery Family will reach 70 million TV homes.

Tom Cosgrove will become general manager of Discovery Family Channel. Most recently, he had run Discovery’s 3net and 3net Studios; 3net, which started up in February 2011 ceased operations on August 2014.

It was announced in June that Margaret Loesch would step down as president/chief executive officer of Hub Network by the end of 2014.