M-Payment Hardball Begins As Some Retailers Shut Down Apple Pay 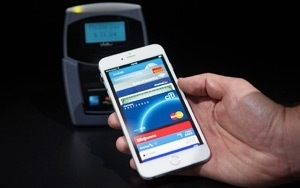 As expected, the stakes in mobile payments are just way too high for it to roll out in any seamless way for the customers it purportedly serves. We have already seen how much positioning and how many stupid ideas have flooded the market in recent years just to provide a service that no consumers have requested. And as countless analysts and even some payment industry insiders have complained, most of the m-payment schemes are so obviously focused on the needs and wants of retailers, the ongoing joke continues to apply: this is a solution desperately searching for a problem.

And to make the comedy even better, we are going to witness a war now over who gets to give customers what they don’t really need.

Barely a week after iOS 8.1 introduced Apple Pay to the market, some retailers like CVS and Rite Aid are actually pulling their former NFC payment support in order to cut off customers using the new m-payment model for iPhone 6 and iPhone 6 Plus. While the drug chains were not among the formal launch partners for Apple Pay, their contactless payment terminals supported the payment method regardless. In a note to its stores late last week, CVS and Rite Aid explained that they were blocking Apple Pay. They instructed stores to inform customers that they would have their own new mobile wallet system out next year instead.

The alternative is, of course, the retailer-led MCX cooperative that includes a massive number of major brands like Walmart, 7-Eleven, Best Buy, Dunkin' Donuts, etc. According to TechCrunch’s excellent summary of reporting on the issue, MCX required exclusivity agreements of its retailers that preclude them from using other m-payment systems, although MCX’s own CurrentC app is many months away from widespread operability.

As other reports outline, MCX was devised less as a mobile payment solution than as a way to get around credit card fees. It links payment directly to bank accounts, which charge much lower rates. Of course, it also shares a massive amount of data, which is what retailers also want to ensure they get and that Apple Pay does not provide. The problem is that in order to do this CurrentC uses a comically kludgy process of having to enter bank account numbers at set-up and then use QR code scans at checkout to validate the payment. The scheme is hoping to lure customers in with the promise of applying discounts and tracking loyalty points. And of course, if they can cut off other mobile payment systems, they hope to be the only phone payment system in town.

I have used Apple Pay a few times in the last week and am modestly impressed by its seamlessness and incremental value it provides. I noticed the contactless payment terminal at my local Panera’s and asked if they took Apple Pay. The cashier said yes, and as soon as I opened the Passbook app it offered up my AMEX card and prompted me to use touch ID. It was paid before I knew it. The Panera assistant told me I was the first one to use Apple Pay, although it has been available for five days. The value add for me is that I can see on the back of my virtual AMEX card in the app my recent transaction history. None of this elevates m-payment beyond the gee whiz appeal for me. At Walgreens there is some added convenience because I already have to have my phone out to use my virtual loyalty card. Otherwise, until years hence when we hit m-payment ubiquity, the fragmented nature of the landscape makes it easier to pull out the credit card I know works.

Whether m-payments are valuable to consumers is less important here than the fact that consumers should get to make that decision, not retailers. Personally, I have always been a critic of these long-in-coming m-payments schemes because they are just that -- schemes. But I fail to see how limiting payment choice at checkout is a winning strategy for these MCX retailers. All it does is call attention to the worst aspects of m-payments -- that they have always been designed by the retail and payment industry solely to serve the interests of the retail and payment industry. Consumers don’t care, and for very good reason: they have never been part of the discussion or the equation. If MCX members actually pass on some of the savings merchants realize from circumventing credit card companies, then maybe they have something to talk about.

Until then -- talk to the credit card.