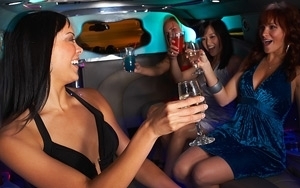 Americans reach for different alcoholic beverages on different occasions, according to new research from The Harris Poll.

Table wine gets the silver medal overall, although the second tier shows considerable variation by age and gender.

These preferences all echo those seen for last week's Thanksgiving, while preferences shift considerably as one continues to review the holiday calendar throughout the year.

Sparkling wine is the top selection for New Year's Eve. Liquor/spirits/cocktails are the second choice overall, although among women they share this position with table wine.

On Super Bowl Sunday, Americans turn from grapes to grains, as beer is the top selection across the age spectrum and for both men and women. Liquor/spirits/cocktails come in second, while flavored malt beverages are choice number three overall; those ages 55 and older turn to table wine as their third choice.

Table wine is tops for Valentine's Day, with ages and genders in full agreement. As the calendar moves on to St. Patrick's Day, it may not come as a surprise that beer takes first chair. However, these saints do have some common ground, as liquor, spirits and cocktails come in as the second most popular drink on both their holidays.

Cinco de Mayo follows the good St. Patrick's lead, with beer being the most popular drink followed by liquor, spirits, and cocktails. Come Mother's Day though, it's time to get out the bottle opener again as wine takes back the top spot and holds onto it through Easter.

Once grilling season kicks off though, beer seems to hang on as the top holiday selection until things cool off. It's the number one selection both overall and more specifically, across age and gender lines for Memorial Day weekend, the Fourth of July and Labor Day weekend.

In fact, the entire roster of top five selections is consistent across all three of these holidays, with liquor/spirits/cocktails coming in second and table wine third. While perhaps less well known, flavored malt beverages are the fourth most common selection for these holidays, while hard cider comes in fifth.