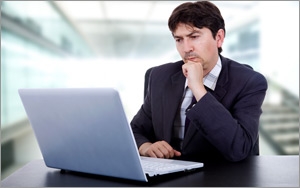 As marketing becomes more and more a data job, the chief digital officer position is increasingly becoming a leadership role. The number of people in CDO roles doubled from 2013 to nearly 1,000 in 2014, continuing a trend of doubling each year, according to data from the CDO Club, which forecasts that the number of global CDOs will double again in 2015, to some 2,000 CDOs by the end of the year.

The ranks of the other CDOs — chief data officer — are growing just as fast, according to the organization, which says there are over 50 new hires in 2014 for a total of 250. The CDO Club — a 1,000-member organization, and the first for C-suite digital leaders, including chief digital officers and chief data officers — projects that this number will also double in 2015.

The club's founder, David Mathison, presented the data at the third annual CDO Summit this week, sponsored by Capgemini. During his presentation, he said that in the first quarter this year, three CDOs took on the CEO title and four CDOs joined boards. But the group’s data suggests there's a degree of reverse osmosis with 60% of CDOs in the ad sector having previously been CEO, president, general manager, or managing director; and 30% of CDOs in the media sector previously CEO, president, general manager or managing director.