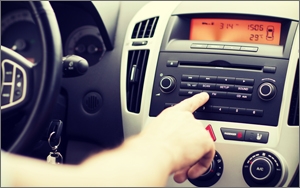 With some of the last big broadcast radio groups reporting their results, a clear picture is emerging of the radio business in the first quarter, and it can be summed up in one word: weak. Rounding out the picture are Emmis Communications, which reported that total revenues were basically flat, and Beasley Broadcast Group, which was down markedly.

Emmis reported that total radio revenues came to $38.8 million in its fourth fiscal quarter (which included the first two months of 2015), showing a modest 0.8% increase over the same period in 2013-2014, when the impact of recent acquisitions is taken into account.

It’s worth noting that the 0.8% increase is actually a relatively strong performance, considering that these markets were down 2.5% overall; Emmis stations outperformed their markets in New York, Los Angeles, and Austin.

Emmis president and CEO Jeff Smulyan was optimistic about the rest of the year, pointing to the rollout of NextRadio, the free smartphone app that brings FM broadcast audio to mobile devices in tandem with a range of visual and interactive features. Emmis has launched a consumer awareness campaign along with other broadcasters, and Smulyan claimed to be adding 350,000 new activations per month.

Beasley Broadcast Group reported that revenues fell 10.3%, when the full impacts of a multi-part station swap with CBS Radio are taken into account. Turning to specific markets, the strongest performer was Beasley’s Fort Myers-Naples property, where revenues were up 8%.

On the positive side, iHeartMedia, formerly Clear Channel, reported that radio revenues increased 4.1% to $697.8 million in the quarter.