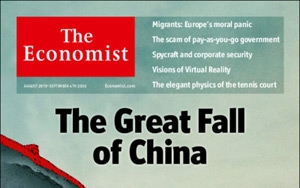 Having recently acquired itself, The Economist is well positioned for life as an independent publication judging by its fast-growing digital circulation, which offers a model for other magazines hoping to monetize online readership.

The Economist’s CMO and managing director of circulation, Michael Brunt, noted that the magazine's strategy for digital sales doesn’t seek to push a particular format: “We have print only and digital only, but around the world they’re exactly the same price. Then there’s a bundle of both that is around a 20% to 25% premium.” (For example, in the U.S. the print-only sub costs $1 per week, while the combined print and digital sub costs $1.25.)

According to Brunt, over half of new and renewing subscribers are willing to pay the premium for the convenience of cross-platform access, including access to a number of apps, including "The Economist Espresso," a daily news roundup that complements the magazine’s weekly reporting and analysis. The rest of new and renewed subscriptions tend to break down evenly between print and digital-only.

Brunt noted that over half of renewing subscribers are choosing an option that generates more revenue. "About a quarter choose digital only, which is also good, because we’re not incurring the print production and distribution costs." He said that profits from our circulation "have shot up dramatically, because 75% of new and renewing customers choosing a more profitable option.”

Brunt added that The Economist is also reducing the cost of acquisition for new digital subs, which fell by half over the last few years and 13% over the last year, and boosting retention rates, even as newsstand sales have declined moderately.

However, he doesn’t see print going away any time soon: “We believe print is becoming an every-day luxury, and there’s going to be a hardcore of print-only readers for a long time to come. If you break down new subscribers, we see people ages 35-45 are slightly more likely to be digital than people who are younger than 35, so in other words, demand for print is actually higher among younger readers.”

He attributed this partly to readership among college students who like to pass print issues to friends.