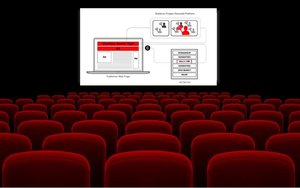 In a deal that will enable cinema advertising to be bought and sold programmatically like display, mobile, video and other forms of digital media, Rubicon Project announced a partnership this morning with Screenvision Media.

Screenvision Chief Revenue Officer Katy Loria said the company struck the deal because it has received “incredible advertising demand” from unnamed sources and because it represents an opportunity to extend Screenvision’s market coverage into “a previously untapped and highly premium marketplace.”

The deal is the latest push by Rubicon into the digital place-based marketplace and follows similar recent deals with AdMore, Adspace Networks, Inc., Captivate, and Bitposter.