Crystal Ball At The Mall: Look For Stronger Back-To-School Spending 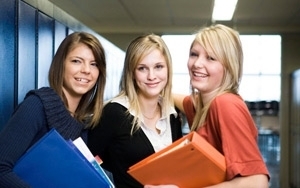 More than three-quarters of families plan to dial up their back-to-school spending this year, according to the forecast just released by the International Council of Shopping Centers. And that’s potentially a meaningful gain based on recent history, with just 67% of consumers intending to spend more in the 2015 survey, and only 50% in 2014.

Parents cite the need for a new wardrobe, changing school requirements and the rising cost of items as the main reasons for increasing spending.

While 93% of shoppers plan to spend at least some time in a mall or shopping center, ecommerce continues to gain importance. Some 62% say they will do online research before shopping, 86% will use their phone for research while in stores, and 33% plan to make a purchase online and then retrieve it in a physical store. (That’s especially good news for brick-and-mortar stores, since 84% of those shoppers intend to do more shopping once they are physically in the store.)

School supplies are the most common purchase -- cited by 77% of shoppers -- followed by apparel or footwear at 68%, and electronics, sought by 47%. (Average spending in that category is $280.)

The survey, based on more than 1,000 respondents, also finds that about a third are already out there shopping, and 6% claim to be finished. August remains the most popular month, however, with 87% planning to shop then.

The National Federation of Retailers is scheduled to release its forecast later this month, and stores around the country are readying their marketing onslaught.

JC Penney is jumping in early, announcing a new twist to its ongoing cause-marketing relationship with the Y. In partnership with the Y's Academic Achievement Initiative, which offers summer and after-school programs to academically at-risk kids, JCPenney is donating a buck for every pair of Arizona jeans it sells, up to $250,000.

The Plano, Texas-based retail is kicking the partnership off with an event at the Hollywood YMCA in Los Angeles, including backpack giveaways, free haircuts, mini-makeovers from Sephora inside JCPenney for both moms and teens, photos in its portrait studio, and vision screenings.