Survey: Most Parents Use Mobile For Shopping 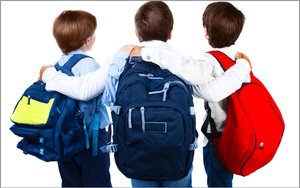 A full 85% of parents plan to use a smartphone to help with back-to-school shopping -- an increase of nearly 10 percentage points since last year, new research from Retale suggests.

“It’s clear that the omnichannel customer journey continues to define the way most people approach their purchases, and people continue to discover the advantages of leveraging mobile in their shopping,” said Pat Dermody, president of the location-based mobile ad platform.

Among that 85% share, the most common mobile shopping activities will include comparing prices (65%), searching for coupons and deals (62%) and creating shopping lists (53%), parents say.

Almost half of the 1,000 parents that Retale surveyed -- 46% -- said they will perform these activities on their mobile devices both in and out-of-store -- up 8 percentage points since last year.

On average, 20% of parents surveyed said they do these mobile activities only in the physical store, while 34% of respondents said they perform these activities outside of the store.

A distinct majority of parents (89%) said they select retailers to shop from based on the availability of coupons and deals via smartphones or tablets.

When asked which form of advertising most influences them to shop at a particular store or Web site, parents cited deal/coupon apps and Web sites (32%), TV (18%), social media (12%), in-store signage (9%) and newspapers (8%).

Digital videos (5%), banner ads (4%) and magazines (4%) rounded out the least chosen of the available responses.

“Shoppers are largely motivated by discounts and savings,” said Dermody. “This is why deal and coupon platforms performed so well.”

When asked to select what percentage of their back-to-school shopping this year would be done in-store, 80% of parents surveyed said they plan to make at least 70% of these purchases in-store -- down two percentage points since last year.