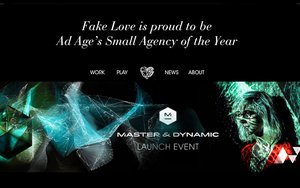 The New York Times Company has acquired marketing agency Fake Love, reinforcing their commitment to virtual reality products, as well as adding to their ad service offerings to marketers.

Fake Love was founded in 2010 and specializes in “anchoring brands in contemporary culture via creative programs, live experiences and virtual and mixed reality,” according to a statement.

The acquisition was an all-cash transaction that closed on Aug. 11. The terms were not disclosed.

Sebastian Tomich, senior vice president of advertising and innovation, stated that NYTCO has previously worked with Fake Love and it was “impressed with their experiential and creative skills.” The two companies partnered on a VR video ad to promote the Weinstein Company movie “Carol: Dearest…”

Tomich said the company will “pair [Fake Love’s] capabilities with our ad products on The Times with T Brand Studio as we expand into producing campaigns off of The Times and into the fast-growing worlds of VR and AR.”

This is NYTCO’s second acquisition of a marketing agency in six months. In March, it acquired influencer social-media marketing agency HelloSociety, allowing the newspaper's advertisers to conceive, create and execute influencer campaigns as part of broader branded content efforts.

NYTCO has previously said it is investing in new formats like VR to combat declining print circulation and advertising revenue.
agency, m&a, newspapers
Next story loading