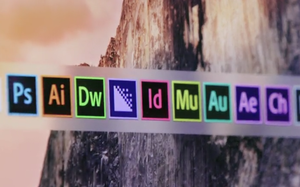 Adobe’s Creative Cloud will be the recipient of several new upgrades by the end of the year, Adobe announced Tuesday at the 2016 IBC Conference.

The updates to Creative Cloud focus primarily on video technology, speed and collaboration. Although they are planned for release before the end of 2016, no exact release dates have been announced by Adobe.

Among the litany of Creative updates announced in Amsterdam, Adobe will be rolling out new features to Premier Pro that automatically detects virtual reality (VR) video feeds. Premier Pro then immediately applies the correct settings to the video content, such as stereoscopic and monoscopic media. New workflow features also allow VR content creators to view the video in real-time as if from a virtual device.

Adobe’s Character Animator software, currently in beta, will also receive a round of updates that allow users to more easily create cartoon animations. Adobe Character Animator enables users to use their computer’s webcam to animate photos and additional product features include increased cartoon creation speed and added editing capabilities thanks to firmer integrations with Photoshop and Illustrator.

Shared Team Projects will soon allow teams working on Premiere Pro, After Effects and Prelude to collaborate on the same creative assets with intelligent version control that ensures that no one accidentally deletes someone else’s work. Legacy projects are also supported and can be uploaded to the collaborative tool.

Adobe will also add several features to its Creative Cloud that speed up the design process, including GPU acceleration to eliminate load time wait and real-time film footage playback.

Adobe Audition will also gain onboarding programs to help new users learn how to use key features of the audio tool, including how to remove background noise.

A new 3D Render Engine will improve rendering performance across a range of devices, and Live Text Templates allow for easier addition of motion graphics and text to the lower third of videos.

Adobe’s Creative Cloud and digital media solutions are a large revenue-booster for the company. According to Adobe’s most recent fiscal earnings release for second-quarter 2016, Adobe’s Creative tools garner half of the company’s total revenue.