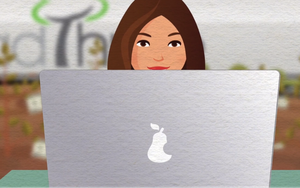 CafeMedia has acquired AdThrive, a lifestyle blogger and ad monetization network. The acquisition is expected to double CafeMedia’s audience reach.

“The addition of AdThrive to the CafeMedia family enables us to deliver scale for our advertising partners,” stated CafeMedia CEO and co-founder Michael Sanchez.

The acquisition will allow CafeMedia to deliver more scale than Refinery29, Bustle, PopSugar, Meredith Digital and Vox Media, according to a statement. CafeMedia expects to have a combined traffic of over 73 million monthly unique users on comScore and 290 million social-media fans across platforms.

AdThrive, which was founded by Andy and Kelly Marzka in 2013, is an ad optimization and management service used by more than 1,200 bloggers to manage and optimize their digital advertising. Bloggers and content creators on AdThrive cover food, home, parenting and DIY.

Sanchez believes the shutdown of Mode Media two weeks ago is “a reflection of the lack of genuine support that bloggers, smaller publisher and content creators often receive from larger media companies."

Once considered among the most successful digital publishers, content creation and ad network Mode Media went out of business abruptly and laid off hundreds of employees and left thousands of freelancers unpaid.