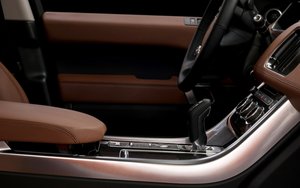 Vehicle buyers continue to flock to SUVs in every segment, even luxury.

In 2016, luxury SUVs will outsell luxury cars in the U.S. for the first time, according to the Luxury Market Report from Edmunds.com. Luxury SUVs are on pace to secure a 55% share of the market, and Edmunds analysts predict this gap will widen further in 2017 to 60%.

Given that luxury brand loyalty rates are typically higher than for volume brands, this trend has the potential to affect this vehicle segment for years to come, she adds.

“With shoppers' sensibilities more focused on size and utility than ever before, the luxury SUV is redefining the luxury segment — now and for the foreseeable future,” Caldwell tells Marketing Daily.

While overall sales of luxury vehicles are expected to remain flat in 2016 as compared to last year, SUVs are bringing growth to brands that historically have been considered niche players.

Jaguar and Volvo are enjoying the most gains, thanks to the popularity of the F-Pace and XC90. Jaguar’s overall sales were up more than 81% through the first three-quarters of the year, while Volvo’s overall sales rose almost 26%. The F-Pace and XC90 are also helping Jaguar and Volvo attract a significantly higher number of conquest buyers, which has the long-term potential to help diversify a segment that has long been dominated by a small number of high-volume manufacturers.

The role of gas prices is diminishing since SUVs are becoming smaller and more fuel-efficient, Caldwell says.

“A spike in prices will affect SUV sales negatively but far less than previous gas spikes,” she says. “Additionally, the luxury market is somewhat insulated to gas price fluctuations due to the wealth of the buyer base.”

This market shift is largely being led by women: 57% of women who bought a luxury vehicle in 2016 bought an SUV, compared to 49% of men. Women are also becoming increasingly more influential in the overall luxury market this year — just over 40% of luxury vehicles will be sold to women, compared to 36% in 2011.

“Although the majority of Millennials don't have the income for luxury vehicles and are a small percentage of luxury buyers, they shop online at the same rate as older age groups who make up the lion share of the luxury market,” Caldwell says.