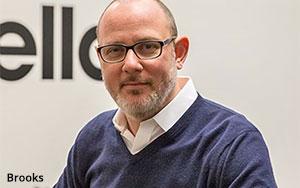 Brooklyn-based Huge has promoted five members of its leadership team into newly created executive roles. The Interpublic agency said that the changes are being made to strengthen its management operations and business infrastructure as a result of continued growth.

Patricia Korth McDonnell, has been promoted from CMO to President. In her new role, she is responsible for overseeing Huge’s service delivery, agency culture, and client operations globally.

After driving what the agency called “substantial” organic growth across its client relationships  since joining Huge as President a year ago, Jeff Brooks has been promoted to President & CMO. In his new role, Brooks is responsible for driving strategic growth across Huge (OMMA 2016 Digital Agency of the Year), overseeing the agency’s client services, business development, and agency marketing teams.