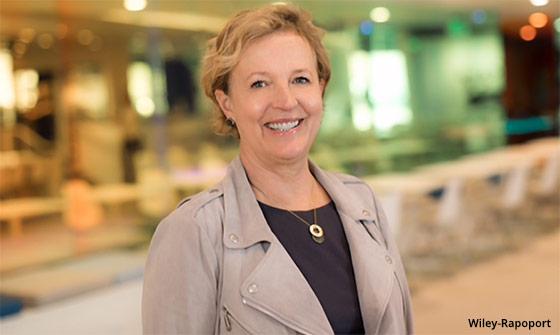 Canvas Worldwide has appointed Caryn Wiley-Rapoport as SVP, managing director at the agency’s consumer insights practice. In this newly-created role, Wiley-Rapoport will provide analysis of how people make use of media and incorporate it into their sense of self. Her background provides added expertise into the psychological reasons behind human decision making as it applies to media behavior and motivations. She will be based at the agency's Los Angeles office and report to CEO Paul Woolmington.

“There aren’t too many agencies that can say they have a PhD in media psychology on the team," says Woolmington.

Wiley-Rapoport first joined Canvas to oversee consumer insights and strategy alongside Peter Watkins, SVP, managing director for the agency’s Kia Motors America client. She previously spent 13 years at Saatchi & Saatchi, where she most recently was the managing director of Connection and Insight Strategy, overseeing the Toyota portfolio. She has more than 25 years of experience working with brands such as McDonald’s and P&G. She received her BA in Cultural Anthropology from the University of California, Santa Barbara.

Wiley-Rapoport graduated with a Doctor of Philosophy (PhD) in Psychology -- with an emphasis in Media Psychology -- from Fielding University in Santa Barbara, California. Her concentration centered on understanding how people make meaning of the media that comes to their attention, and how brands can add value to the experience people are seeking in media.