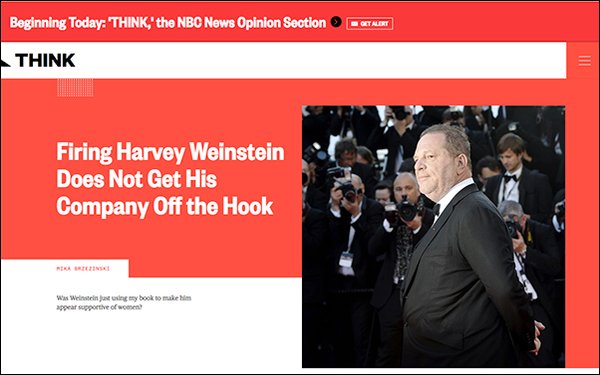 The vertical will draw from a diverse group of contributors to “help readers think deeply and perhaps differently about the news, but not tell them how to think about any one issue,” according to the company. Think will also aims to provide readers with “context and clarity on the most pressing topics and news of the day.”

“This won’t be just another run-of-the-mill op-ed,” stated Nick Ascheim, senior vice president of digital at NBC News. “We will be convening contributors from across the political, cultural and geographical spectrum to offer vital context on topics that impact our viewers and readers.”

Think will publish two to three stories each day, and the same number of videos each week. The  vertical  will also launch a weekly newsletter. The site will mix text, illustrations, data visualizations and video.

NBC News has launched a number of digital verticals this year, such as Better, dedicated to health and wellness content, and Mach, which focuses on technology and innovation.

This month, the news organization also formed a dedicated team to cover the media. That vertical is expected to launch soon.

NBC News isn’t the only television news network to expand its digital offerings. CNN has recently launched online franchises devoted to travel, technology and politics, with more verticals in the works.