Agency Of The Year: Havas Media 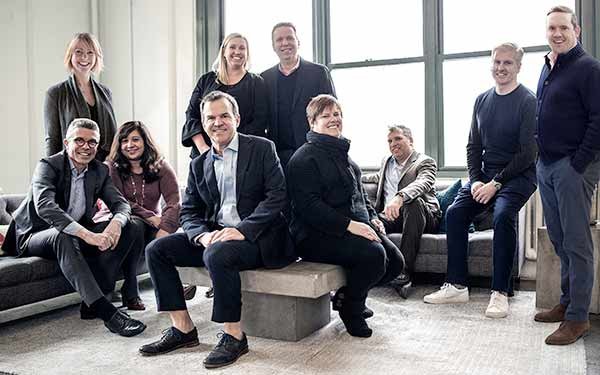 Like others that have won this award in recent years, Havas was selected by MediaPost as its Agency of the Year for creating a more transparent advertising marketplace. Unlike others, it was not because Havas is shedding more light on the usual agency stakeholders -- clients and/or the media supply chain.

It's for a constituency the ad industry often pays lip service to, but rarely if ever cedes any control to: consumers.

At a time when advertisers and consumers have entered an ad-blocking arms race and regulatory changes could make it even more difficult to identify and target consumers, Havas is betting big on a new approach that will essentially let consumers self-target.

The approach is still in development, though Havas has already won $1 billion in new media billings from clients eager to find a better way of engaging consumers and giving them a reason to share their identity and behavioral data with them.

The clients backing the plan all have something in common. They are big pharmaceutical brands, including Sanofi, Bristol Myers Squibb and a half dozen others, that bought into a model developed by a new unit of Havas HealthMedia, a unit Havas Media created specifically to service health and pharmaceutical brands that deal with some of the most sensitive data and needs consumers have.

The new practice is the best early case for a new organizational approach, developed by Havas Media CEO Colin Kinsella, to transform the agency and the way it services its clients, works with the media and leverages consumer data.

Called “The Village,” it is based on a collaborative approach that breaks down walls internally between media, creative, data and technology, but also externally with clients and media and technology suppliers, to create a more unified view of consumers that enables more effective advertising.

The big development in 2017 was that Havas started breaking down a new wall, the one between the ad industry and consumers.

“We already lead in terms of industry transparency,” boasts Havas Media president Shane Ankeney, referring to Havas’ client trading platform, which is built on one of the earliest and most sophisticated technology and data stacks on Madison Avenue.

While the agency has refined its trading protocols to create even more transparency, especially vis-a-vis “brand quality” (it actually discontinued trading programmatic inventory with Google over those concerns), Ankeney calls those “table stakes.”

The big innovation, he says, is having Havas enable transparency for consumers and why big pharma brands and others are backing the play.

“What we’ve begun doing with Sanofi and others is thininkg about how we can scale that relationship with the individual, who is concerned about their privacy. Healthcare is probably their most important and sensitive privacy.”

Most of the tools Havas is building are still in beta, but will be rolled out early this year. They have been built in partnership with some nontraditional partners, including leading academic researchers, consumer privacy experts and ethicists.

Significantly, the approach leverages some unique proprietary insights from a long-term consumer tracking study, dubbed "Meaningful Brands." The study, which surveys hundreds of thousands of consumers worldwide to understand what creates meaningful connections -- or not -- for thousands of consumer brands, may be one of the most important continuous research studies of its kind in the ad industry.

While it has been a great conversation starter, new business lead generator and keynote conversation for Havas, the new consumer identity data system being incubated with in Havas MediaHealth and The Village, is an attempt to operationalize it at platform scale.

While much of it is still under wraps, Ankeney says parts of it leverage AI to automate some repetitive tasks as scale, while elements of it rely on conventional human “cognition.” He concedes it it not “fully baked” yet; it is still more of an agile development process. Havas is working with “anyone and everyone” that can help, including conventional big platform players, like Facebook, Google, Amazon and Microsoft, as well as a variety of promising startups.

He says the agency hopes to have the system “certified” by academic third-parties and that it will ultimately exist as a “layer” between the agency’s media platforms and consumers.

The ultimate goal, he said, is to enable personalization down to an individual consumer level, based entirely on the consumer opting in and giving permission to be served advertising by a brand it deems meaningful in that context.

“That is our empirical definition of meaningfulness,” he says, adding that when a brand is inherently meaningful to a consumer, sharing data and serving ads is not an intrusion, but a welcome value.

Ankeney declined to reveal too many details, or provide specific examples, because some of the concepts are proprietary, especially given the sensitive nature of pharmaceutical products and their ads.

But the idea is that consumers would help pre-qualify themselves for ads relevant to their disease states or other health needs in order to receive the right information on how to be treated, or what kinds of conversations they should have with their doctors.

Given some timing of the European Union’s new GDPR privacy compliance standards, Havas’ development could be imperative — not just for naturally sensitive categories like health, but for any consumer-product category. The standards are expected to have a profound impact on all forms of digital advertising that rely on targeting consumers based on their identity — and not just for publishers and advertisers based in Europe.

Whatever Havas develops about leveraging the meaningfulness of brands to engage consumers directly could become an important bellwether for the entire ad industry and clients in every category.

“It is something that goes through our entire organization and everyone gets behind, whether you’re in data or media or creative,” says Havas Media CEO Kinsella. “It’s not just about health-related clients. It’s right for all clients.”

Ethical and regulatory factors aside, Kinsella says there is an even more practical reason to give consumers control of allocating their own data.

“As consumers increasingly become their own vendor-relationship management system, they are the ones allowing certain ads in or not. They’re doing it on browsers and mobile phone with ad blockers,” he explains. “The only way brands are going to get to those people is if they give them a reason to say: ‘I’m OK with these brands getting to me,’ so that your brand is on the inside of the consumers walled garden.”