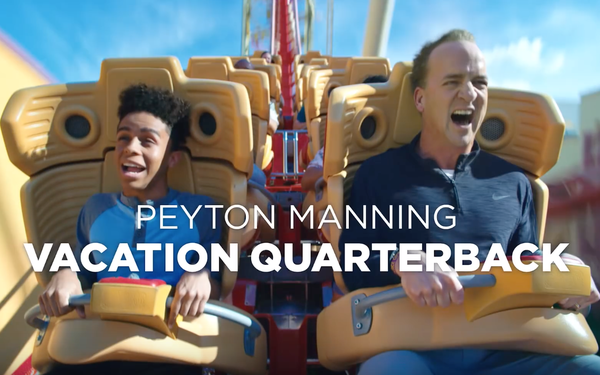 It’s not like the old days when most brands kept a tight lid on their Super Bowl plans until the game. In some cases, it wasn’t even known that a brand was advertising in the game until the spot ran.

Now, brands start talking about their plans months before and the majority show off their creative before the actual game. More than 40 brands have revealed they are running national spots in the game on Sunday.

Quicken Loans is one company being vague about creative. The Detroit-based mortgage lender would say only that the spot is about its Rocket Mortgage. “Now that millions of Americans have accessed Rocket Mortgage technology, Quicken Loans will coincide this year’s Super Bowl spot by releasing an even better, and deeper, version of Rocket Mortgage with numerous additional features and further enhanced visibility. Contrary to the ... trend, the company will not release its ad prior to its airing scheduled for the second quarter of Super Bowl LII.”

Another brand keeping things mysterious is Hyundai, which revealed only a very vague teaser spot for its 60-second spot, which will run in the fourth quarter. The automaker says the campaign “will surprise and thank millions of people who have contributed to the fight against pediatric cancer.” For the first time ever, Hyundai will feature its non-profit organization, Hyundai Hope On Wheels. It will include content captured on game day. The company shared creative details, including how the footage would be captured, with select media outlets on Thursday (including MediaPost), but it is under embargo until after the spot airs.

The automaker also is airing a second ad, a traditional product-oriented 60-second spot featuring the Hyundai Kona subcompact SUV that will run before the game. It’s the brand’s first national advertisement for the new SUV. Both Hyundai spots are from AOR Innocean USA.

Another brand running a spot prior to the game is DiGiorno pizza, which will debut a spot 30 minutes before kickoff. Creative reveals how the pizza maker used facial recognition and emotion-tracking software to measure which pizza made for happier gatherings: fresh-baked from the oven or delivery.

As usual, celebrities are big this year, showing up in ads from Pepsi (Cindy Crawford) to Jack in the Box (Martha Stewart) to Amazon (Cardi B, Rebel Wilson and Anthony Hopkins).

Peyton Manning becomes vacation quarterback to America in a Universal Parks & Resorts spot where he coaches families to take their vacation to the next level at University Studios Hollywood and Universal Orlando Resort. An extended version of the spot will air in the NBC pre-game show and a 30-second version of the commercial will air during the Super Bowl.

According to System 1, pre-game testing of the spots indicate the Universal Parks & Resorts spot is best-received, followed by M&Ms with Danny DeVito and Michelob Ultra with Chris Pratt. Spots not testing well are Skittles, WeatherTech and Sprint.

Not everyone can afford a national spot. Unfortunately for those brands, there’s next-to-no hype surrounding local buys. So Metromile decided to appeal to various publications, including Marketing Daily, for equal coverage. The pay-per-mile car insurance company is running a spot in two local markets, Portland, Ore., and Seattle. Its tongue-in-cheek pitch, sent before it added the second market of Seattle, went like this:

“We wanted to talk about something really important to most Americans... Super Bowl commercials. After years of ranking the Best Super Bowl ads, we believe it’s time for MediaPost to recognize ALL commercials airing during the big game, no matter if they are national or local. Since we don’t have $5,000,000,000 to spend on a 30-second national ad spot, we’re running a spot in Portland, Ore. — the birthplace of pay-per-mile car insurance and home to our first customer. To get you started, we wanted to share “Dear Portland,” our 60-second spot that’s scheduled to run in the last spot before halftime.”

Super Bowl promotions don’t end wth the game. Redbox hopes to ease the pain of defeat for the losing city with a free movie or game rental. Depending on the outcome, forlorn fans in either Philadelphia or Boston/Providence can use the code "CHEERUP" to redeem their prize. The code will be active in “losing” markets starting Feb. 4 at 12:01 a.m. and expires Feb. 5 at 11:59 p.m.