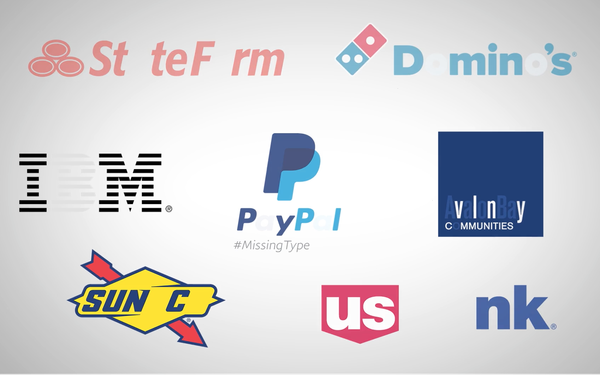 The American Red Cross is enlisting high-profile brands in its quest to encourage more donors.

As part of the campaign, the letters A, B, and O — used to identify blood types — are disappearing across the country and around the world from corporate logos, favorite brands and frequently visited websites.

News outlets like the Dodo, Fox Sports and AOL have also signed on to support. Celebrities like Kendall Jenner and Olivia Newton-John have taken to social media to inspire fans to donate blood. Sports teams like the New York Yankees and San Francisco Giants are taking advantage of upcoming games to help promote the need for blood donors.

The campaign was prompted by a “troubling” decline in new blood donors, said Gail McGovern, president and CEO of the Red Cross.

For the past four years, new Red Cross donors have declined by about 80,000 each year. The blood donor base is shrinking. This is not just a Red Cross trend, but a challenge blood collection organizations face across the country and around the world.

A recent survey, conducted on behalf of the Red Cross, revealed a troubling disconnect between the public’s perception of blood donations and the realities of patient transfusion needs. Nearly 75% of the public underestimate how frequently blood transfusions occur. Most people perceive blood is needed in the U.S. every 15 minutes or even every hour or two hours when in fact, every two seconds, someone in this country needs blood.

Nearly half of the public knows someone who has been helped by a blood transfusion, yet only 3% of the U.S. population donates each year. More than one-third of the public has never considered that blood may not be available when they or a loved one needs it.