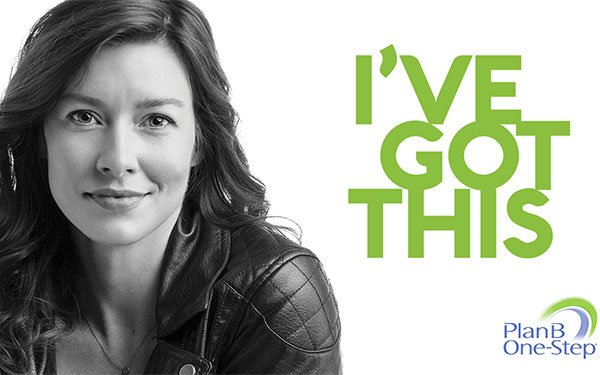 Foundation Consumer Healthcare is launching a national campaign for its Plan B One-Step emergency contraceptive brand.

The TV spots, themed “I’ve Got This,” take an educational tack. Female actors explain that the over-the-counter contraception is a high dose of birth control pills that helps prevent pregnancy by delaying ovulation after unprotected sex and won’t interfere with a woman’s ability to get pregnant in the future.

Foundation Consumer Healthcare enlisted its creative agency of record, Evoke, who led the creative development of the campaign. The spot was directed by Emmy-nominated and Golden Globe-winning director, Nisha Ganatra.

Additionally, consumers can visit the Plan B YouTube page to view the spots and a behind-the-scenes video from the commercial shoot. The effort also spawned an updated website at www.PlanBOneStep.com.

This is the first national advertising campaign for Plan B One-Step created under the new ownership of Foundation Consumer Healthcare, which  acquired the brand in November 2017.

“This campaign aims to educate and encourage women to feel confident when making decisions about their reproductive health, including their choice to use Plan B,” Tara Evans, the company's marketing director, women’s health, tells Marketing Daily. “While this effort is targeted to women ages 18-35, it is important for all women of reproductive age to be informed on what birth control options are available to them, including Plan B, which is a critical back-up option for millions of women.”

The company discovered via market and behavioral science research that many women were uninformed about how Plan B works, what it is, and what it is not.

“We knew we needed to fix this by educating women on the facts about Plan B, so they can make informed, confident decisions if their 'Plan A' doesn’t work out,” Evans says. “The campaign clearly communicates one simple, yet critical message: that Plan B is a backup option that helps prevent pregnancy by delaying ovulation.”

The company chose to use a largely female creative team and crew to develop the project, she adds. In film production, women comprise only 8% of directors, 21% of editors and 26% of producers.

“We had an opportunity to flip the script in the development of this campaign, especially in support of an important women’s health product,” Evans says.