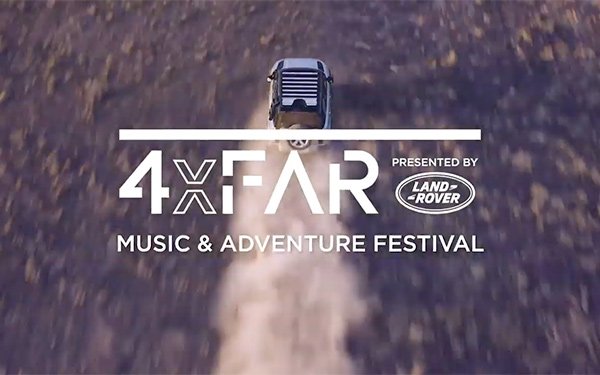 Called "4xFAR," the festival will celebrate the launch of Land Rover’s new 2020 Defender.

From January 18-19, Land Rover and Outside, the festival’s media partner, will put on live music, gear demos and adventure workshops in Coachella Valley’s newest venue, the Empire Grand Oasis.

Outside expects the two-day festival to draw 15,000 attendees and 175 brands.

Tickets start at $185 for general admission.

Attendees will also be able to demo gear from supporting brands, such as Black Diamond, Salomon, Sony, Niner Bikes, among others, as well as test the new Defender car on an off-road test course.

This partnership is a continuation of Outside’s expansion into consumer events, according to Lawrence Burke, chairman-editor-in-chief of Outside.  In October, Outside announced its first consumer event, "Outside Experience," would return to Chicago in May 2020 with a new location at Northerly Island Park.

The media company will work with Eventus Outdoors, a boutique agency specializing in immersive events, on the upcoming festival.

The first "Outside Experience" event took place in the summer of 2018 and hosted over 7,000 attendees, 125 exhibitors and Ford, Stranahan’s Colorado Whiskey, YETI and South Africa Tourism as sponsors.

"This live consumer event provides a unique opportunity to engage with our audience on multiple levels,” Burke commented in October.