Blue Apron May Be For Sale: Even Slashed Ad Spend Can't Slow Losses 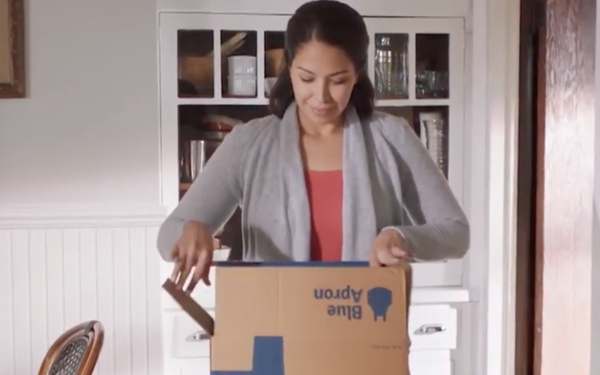 Blue Apron Holdings, the D2C meal-kit pioneer, says it may be for sale, as it weighs strategic options to get out from under steady losses. Observers say this move is further proof the company’s business model, while disruptive and loved by many consumers, just may not be sustainable.

The New York-based company made the announcement as it reported fourth-quarter results. Revenue tumbled 33%, to $94.3 million. Blue Apron says that decline is a result of its cranked-down ad spending, with marketing expenses of $12.1 million, compared to $20.3 million in the year-ago period.

Its net loss for the period was $21.9 million, a slight improvement from the loss of $23.7 million in the comparable period of the prior year.

The results came with the sobering news that Blue Apron is shuttering an Arlington, Texas facility, and weighing “a broad range of strategic alternatives to maximize shareholder value.”

Among them? “A strategic business combination, a capital raise through the public or private markets, a transaction that results in private ownership or sale of the company or its assets, or some combination of these.”

“It’s an indication the meal-kit market, valued at somewhere between $2.5 billion to $4.6 billion, has peaked,” says Brian H. Choi, managing partner and CEO of The Food Institute, based in Upper Saddle River, New Jersey.

There’s been a slow-down at competitor HelloFresh, as well, Choi adds. “The industry as a stand-alone, based on the financials, is unsustainable.”

That’s become increasingly true as grocery stores have adopted meal kits, offering them to shoppers who are reluctant to commit to a subscription plan. Kroger, for example, acquired Home Chef. Whole Foods Markets sells Amazon meal kits. And Albertsons, which acquired Plated several years ago, is turning that offering into one of its private brands.

Darren Seifer, industry analyst for food for NPD Group, a market research company based in Port Washington, New York, agrees the category seems to have hit a plateau. Its quarterly research “is hovering at roughly 4.5% of people saying they’re willing to try them,” he tells Marketing Daily.

What’s key, Seifer says, is that consumers want even greater convenience, something he thinks will intensify as more Gen Z-ers enter young adulthood. “Meal kits answer the question of 'what’s for dinner?’ but may need to go further. Could they pre-chop the vegetables, for example?”

He says the NPD survey has seen convenience climb as a top consideration -- to 10%, up from 6%.

Choi tells Marketing Daily that while the category once had broad appeal for millennials who don’t like to cook, “what they failed to see is that their preferences are so fickle. They’re making decisions about what to eat on the spot. And while they’ve probably tried Blue Apron, they are just as apt to try the new restaurant down the street. This is a demographic that changes so rapidly.”