Blue Chip's Emery On Why Ecommerce Should Be Better Experience 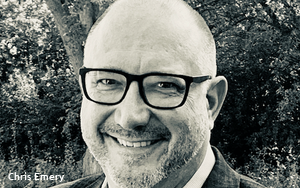 As COVID-19 spread in March, nine out of 10 shoppers still chose to get CPG goods and other grocery items in a physical store as opposed to online, according to a survey in early April of 500 U.S. adults by Chicago-based brand and shopper agency Blue Chip.

Among the prime motivators of brick-and-mortar shopping were discovery, independence and exploration -- along with a sense of control.

While survey respondents identified minimizing health risk exposure, convenience and stress reduction as their main reasons for buying groceries online, just four in 10 said they were very satisfied with the ecommerce shopping experience.

According to Blue Chip director of retail intelligence Chris Emery, this highlights the reality that for most shoppers, online grocery shopping remains largely functional and transactional.

What’s missing is a richer and more relevant shopping experience that omnichannel retailers should provide, Emery explains in this interview.

CPG FYI: So even amid the ongoing social disruption, people still have an attachment to physical-store visits?

Emery: There’s a sense of exploration and abundance that a physical grocery store can provide that the ecommerce environment struggles with. When you go onto a site, it feels very transactional.

It’s almost a tick-list of products that are all lined up in little boxes across the page. There’s a lot to be said for figuring out ways that you can bring more of that emotional side of exploration that comes from just walking an aisle.

CPG FYI: How can that change?

Emery: Right now, when you open an ecommerce page, it will give you a banner ad that will tell about what’s going on in the store. Where they should be going is being able to curate a shoppable display -- so when you open the page, it recognizes that it’s you because of your shopper card or shopper ID, which has already been cookied on the site.

For example, it’s summertime and the grocery store is doing a big outdoor grilling program. What it could do is curate that opening imagery so it’s catered directly to you and your summertime grilling behaviors. It knows the chips you like, the buns you typically use, the cut of steak you’re interested in.

CPG FYI: What can online do that brick and mortar doesn’t?

Emery: If you click on an ecommerce site right now and look at the diaper aisle, they’ll just give you diaper after diaper after diaper. But with ecommerce data, you can display based upon what the consumer is really shopping for when it comes to, say, baby care. Not just displaying diapers, but anything else based upon the shopper’s history you wouldn’t think are complementary -- but in her mind, they are.

Emery: Maybe things like crib blankets or breast-feeding aids or baby creams. Or coconut water. For moms who are breast feeding, coconut water is a good, hydrative product to purchase.

But you never find coconut water in the baby care aisle in a store.

Basically, any aisle online can be shaped to however shoppers want it to look, based on their behavior.

CPG FYI: The survey says one of the drawbacks of click-and-collect shopping is being able to trust the store employee who is fulfilling online orders. How can technology help?

Say a question comes up about a product where several SKUs of different brands are temporarily out of stock. A quick, private-streamed video chat takes away the mystery about the choices, and there’s a chance for the consumer to choose a substitute.

That can eliminate a key frustration with online orders now, where necessary substitutions come as a surprise. It doesn’t matter if you’ve checked the box before ordering, saying it’s okay to substitute. There’s still a disappointment.